The Colombian ambassador to the United Kingdom has described as "sad" the Sun newspaper's "Go Kane" front page published Tuesday ahead of this evening's World Cup last-16 clash between England and his country.

The tabloid front page makes reference to the drug industry that has taken its toll on the South American country since the 1980s, however Nestor Osorio Londono believes the newspaper has unfairly targeted Colombia.

"It’s rather sad that they use such a festive and friendly environment as the World Cup to target a country and continue to stigmatise it with a completely unrelated issue," the ambassador told the Guardian.

"Respect, fair play and joy for the game is all that matters tonight. We’ll be cheering for Colombia and hoping we can all enjoy a great match." 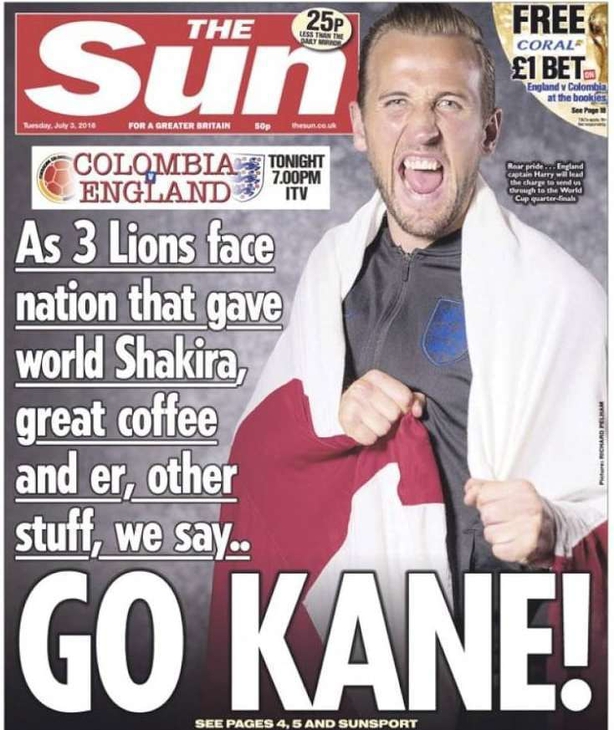