Speculation, not helped by a series of cryptic tweets from the Liverpool forward's agent, has been growing the 26-year-old is set to quit his national team after their disappointing World Cup comes to an end against Saudia Arabia on Monday.

Salah's relationship with the EFA was strained leading up to the tournament with a sponsorship row taking focus away from preparations while he is reportedly disappointed at how he has been used for political gain by administrators.

Recent criticism received after he was pictured with controversial Chechen leader Ramzan Kadyrov, accused of numerous human rights violations, has apparently only contributed to the player's unhappiness.

However, the EFA says retirement is not an issue which has been raised.

"We were always informed by Salah when he takes any decisions," it said in a statement.

"We spend the whole day together and he has never discussed this issue with any of the delegation's members." 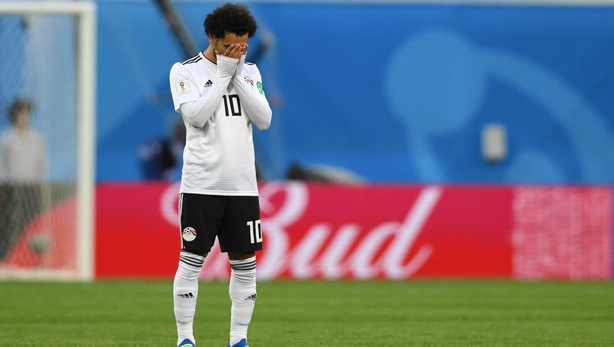 On the criticism Salah has received after he was given honorary Chechen citizenship by Kadyrov at a farewell to the squad - which has been based in Grozny in the region - the statement added: "We are here in a sports event and we are following FIFA procedures, we don't discuss politics, and if there is any political discussion, it should be directed to FIFA."

Salah's agent Ramy Abbas has been outspoken about the treatment of his client by the EFA in the past and he first took to Twitter on Friday to post some thoughts, starting with "Let these next few days just pass... and then we'll see..."

Many took that to be a hint about Salah's international future and a day later Abbas followed it up with "Fuming" and "#RespectForAll".

His last message, on Saturday was: "When it was once said that a picture speaks a thousand words, apparently not. So here are the words: Regardless of background, ethnicity, orientation, preferences, everyone deserves respect, and equal rights. #RespectForAll".

Salah's last Tweet, posted last Wednesday, said: "Everyone in Egypt is together and there is absolutely no disagreement between us.. We respect each other and the relationship is best."