Celebrating a first win just one week into the job, Spain's new boss Fernando Hierro said he was happy with the narrow 1-0 defeat of Iran - and people had better get used to him being in charge.

"I'm the new coach, I'm the national coach. You have to get used to that!" he said, when quizzed about his inclusion of Lucas Vazquez and positioning of Isco during the win in Kazan that left Spain joint top of Group B with Portugal.

Hierro, who took over after Julen Lopetegui was sacked last week, heaped praise on Spanish hero Diego Costa, who notched a scrappy 54th minute goal that was his third of the tournament.

"Diego is really, really committed. He has scored three goals in two matches, but he can do even better. He works hard. He's fighting both at the back and at the front," he told reporters after the game. 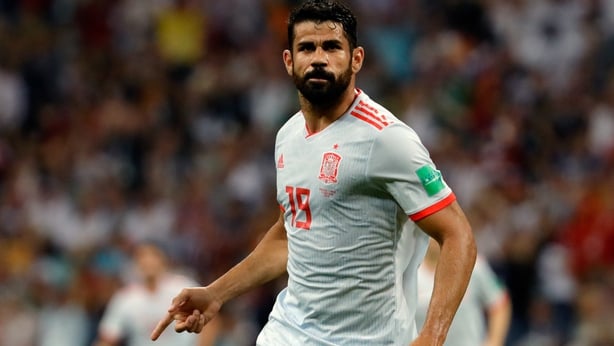 He also had generous words for opposite number Carlos Queiroz, a master tactician who has made Iran an extremely hard nut to crack.

"Carlos is an amazing coach. What he has done with Iran is incredible, really professional. Iran is not an easy team, it is a complicated team. ... We all know it's tough to play them.

"It was a difficult game. It is very hard to score against them. They are very direct, tough, very strong physically."

With Spain and Portugal on four points, Iran just behind on three, and Morocco on zero points, Hierro said the group had proved one of the trickiest ones. Spain now face Morocco in the third and final game of the group stage.

"We know that certain groups are maybe easier ... Our group is really tough," he said. "There are 32 brilliant teams here. We are the best national teams in the world. If anyone thinks it is going to be easy, and to win by a landslide, they are wrong. That's the beauty of the World Cup."