As we countdown to Russia 2018, we take a look at all 32 teams and suggest a reason to back them. With only 2 days to the big kick-off it is the turn of France.

Complacency can often call a halt to a country’s tournament ambitions before the group stages are concluded, however, France were perhaps guilty of it when it mattered most.

Hosting the European Championships in 2016, Didier Deschamps’ side enjoyed a favourable route to the semi-finals as they eased out of their group with a game to spare, before enjoying a week of rest and recuperation ahead of both knock-out encounters against Ireland and Iceland.

Aside from an early scare against the Irish, where Robbie Brady converted a second-minute penalty, the host nation coasted through to the last four with Germany standing in their way for a place in the final.

Antoine Griezmann, later named player of the tournament, would prove the difference as France took a 2-0 lead against the World Cup holders, and survived a late onslaught to book a place in final against Cristiano Ronaldo and Portugal. 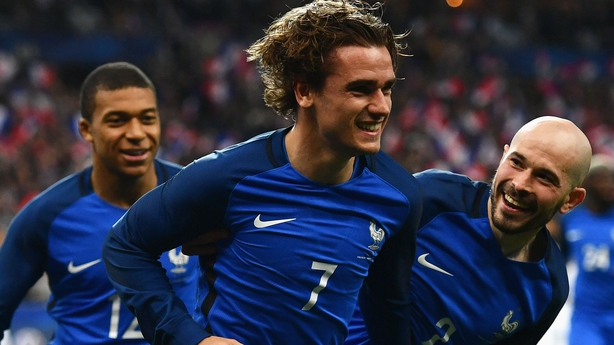 By then, France surely thought they were all but guaranteed the trophy, especially when the talismanic Ronaldo was stretchered off the pitch after just 25 minutes of play.

But Deschamps side were unable to breakthrough an uncharacteristically dogged Portugal side and were taken to extra time before sucker-punched to the trophy by substitute Eder’s long-range effort.

So two years on and France have arguably a stronger unit, and certainly a more experienced squad, travelling to Russia. And Deschamps’ side will surely use that loss at the Euros as real motivation to go one better in Russia.

The squad’s strength is emphasised by the quality of player left out as Deschamps overlooked Anthony Martial, Alexandre Lacazette, Adrien Rabiot, Kingsley Coman and Dimitri Payet.

Payet was one of the stars of the Euro 2016 squad and has been unlucky with injury in the latter half of the season, while Arsenal’s Laurent Koscielny is another ruled out through injury.

Deschamps appears to have his side working as a real unit, with a very hard-working midfield and the general use of an old-school target man up front, which will be again played by Olivier Giroud who has been rewarded for his club move to Chelsea while struggling for game time at Arsenal.

France arrive into the tournament following a comprehensive qualifying campaign where they beat the Dutch twice, including a 4-0 trouncing in Paris last August. 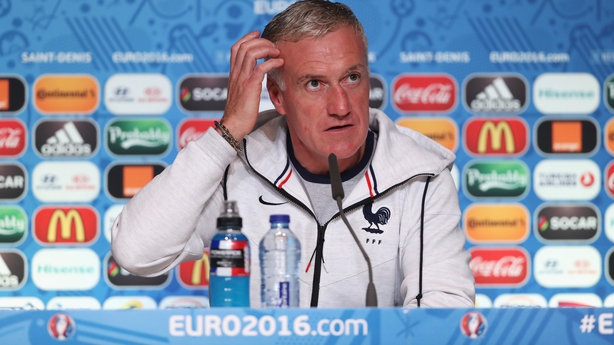 Paul Pogba’s form is crucial to how this France side play and following a mixed year at club level, coinciding with some below-par France performances in recent friendlies, the French press are starting to express their concerns.

So France’s opening match can hardly come quick enough. And it should be a good indicator as to where Les Bleus are at ahead of the month-long tournament.

Deschamps will build his team around the trio in midfield, where Pogba will work alongside N’Golo Kante and Blaise Matuidi. And while Pogba’s performances have been scrutinised and criticised all season, he is arguably much more effective playing alongside his compatriots in the national team, while also enjoying total trust from his international coach.

France will rely on an explosive front line with Kylian Mbappe, tipped to be one of the stars of the World Cup, likely to line up on the right of the three with Griezmann on the left of striker Giroud. Ousmane Dembele is also likely to see plenty of action in Russia with a lot expected from the Barcelona man who has yet to live up to his potential at the Camp Nou. 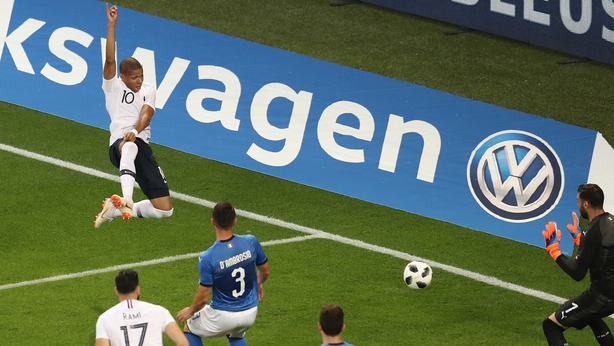 The attacking intent of this France side will also be enhanced by Djibril Sidibe and Benjamin Mendy bombing forward from their respective full-back positions.

If there is a weakness in the French team it may come through the middle of defence as Samuel Umtiti and Raphael Varane have not yet built a formidable partnership in Koscielny’s absence, while Hugo Lloris is not performing at his remarkable 2016 level this season.

France open their Group C campaign on Saturday (16 June) against Australia in Kazan before facing a potential banana skin against Peru (21 June) and finishing off with what should be the group decider with Denmark on 26 June.

Victory in the group is essential for Les Blues as a runners-up spot will likely see them face Argentina in the Round of 16.