As we countdown to Russia 2018, we take a look at all 32 teams and suggest a reason to back them. With 6 days to the big kick-off, it is the turn of South Korea.

It’s never going to be as good as 2002. Once you accept that and can come to terms with the fact that the best day in you nation’s soccer history has been and gone, you’ll be fine.

South Korea’s dizzying journey to the semi-finals 16 years ago still feels fresh in the memory and remains one of the most remarkable stories in recent World Cup history.

On a wave of national fervour, the co-hosts of the tournament topped a group involving Portugal, Poland and the USA before sending both Italy and Spain out of the tournament before eventually being edged out by Germany.

Such an adventure seems extemely unlikely this time around and South Korea will have to do very well just to get out of Group F after an unkind draw placed them alongside Germany, Mexico and Sweden.

Qualifying for the tournament in Russia was more of an ordeal for South Korea than it usually is. They have, after all, been an ever-present at the World Cup since 1982.

However a leaky defence and a lack of creativity in midfield saw the Koreans suffer surprise qualifying defeats to China and Qatar. It took a goalless draw away to Uzbekistan to finally get them over the line, as they finished a distant second in their group to Iran.

The same issues that dogged them during qualifying are likely to come to the fore again in Russia as a defence which was once so solid is appearing to be more and more porous. 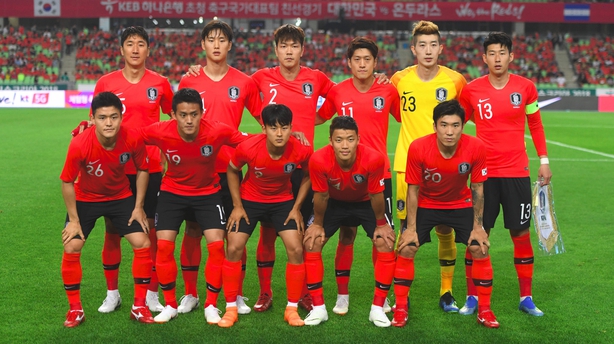 Injuries to veteran players along with some erratic form from regulars has forced manager Shin Tae-yong to cast his net wider than usual and as a result he’s brought in Oh Ban-suk and Yun Young-sun who at 30 and 29 respectively, have only seven caps between them.

Jeong Seung-hyeon is another inexperienced international defender who at least has youth on his side but it’s clear that Korea are short on options at the back and have been forced into making some gambles.

Injury has hit the Koreans in attack also and the enforced absence of both Lee Keun-ho and Kwon Chang-hoon means that there’s even more pressure on the shoulders of the talismanic Son Heung-min.

The Tottenham attacker is in the form of his life going into this World Cup and he’ll need to continue to perform to the standards he’s set this season if Korea are to have any hopes of progressing to the knock-out phase.

The 22-year-old Red Bull Salzburg attacker Hwang Hee-chan has shown some real flashes of brilliance for club and country this season and as well as functioning as a winger can offer an alternative to Son up front but after him, pickings are slim in the Korean front line.

Korea open with a game against Sweden and they'll target that as a must-win encounter. It's the game where they're most likely to gather points, but even then it's going to take something very special from Son and a whole lot of luck.