RTÉ will provide live coverage of all 64 games across RTÉ2, RTÉ News Now and the RTÉ Player.

Over 180 hours of television coverage will be broadcast on RTÉ2 including 56 live games from Russia with eight end of group games streamed live on RTÉ Player and RTÉ News Now.

The dedicated RTÉ World Cup 2018 website and the News Now app will be the perfect online accompaniment to our World Cup coverage, with live blogs of every game, up-to-date match reports, reaction, fixtures, results and statistics, plus the best of the RTÉ punditry and analysis.

You can catch up on the goals and match highlights you miss via RTÉ Sport Facebook and RTÉ Soccer Twitter, while you will be able to find the Apres Match lads on RTÉ.ie and the News Now App every night.

Fans will also be kept up to date with the latest news and updates from Russia with live bulletins throughout the day on RTÉ Radio 1 and RTÉ 2fm and the final will be broadcast live on RTÉ 2FM.

"Some moments are worth waiting for..." #RTEsoccer #WorldCup2018 pic.twitter.com/oUUnLpBj3A

The 2018 FIFA World Cup on RTÉ will see the return to our screens of Après Match celebrating 20 years of their own unique brand of World Cup punditry and analysis. As well as appearing throughout the tournament, the comedy trio will present the play-off for third place on Saturday 14 July.

RTÉ Player and RTÉ Sport are producing a special preview show The Sport Show: Countdown to Russia, as Johnny Ward and a panel of special guests preview the action.

Once things kick off you can watch all 64 matches from the competition on RTÉ Player and if you've missed a match then catch up with match highlights, extended interviews, full games and the best of RTÉ's panel analysis. 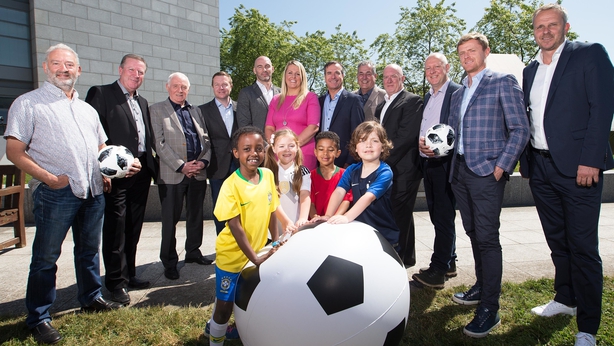 And if that's not enough the FIFA World Cup collection also features clips celebrating 20 years of Après Match, analysis of 16 of the greatest goals from the FIFA World Cup archive, and the National Treasures team take a closer look at Ireland's obsession with football memorabilia and fan culture.