Attacking duo Rowe and Hannah Tyrrell helped themselves to a combined tally of 1-5 as Dublin triumphed in the latest edition of what is fast becoming one of Ladies football’s most compelling rivalries.

It proved to be a dream start for the hosts with team captain Rowe palming to the net off an intricate attacking move - featuring excellent approach work from Orlagh Nolan and Tyrrell - just under two minutes into the action.

Thanks to the late inclusion of Grimes and Niamh O’Sullivan, Meath had nine starters from the side that defeated Kerry in last year’s All-Ireland SFC decider. Ciara Smyth’s point got the Royals up and running in the fourth-minute, but a couple of wayward goal opportunities kept Dublin in the ascendancy.

Mick Bohan’s side picked off unanswered points through Rowe (free), Tyrrell and Jodi Egan as the play progressed, before Meath finally responded with a score courtesy of Megan Thynne.

Full-forward Meadhbh Byrne kicked a superb score for the visitors towards the end of the opening period but points either side of it from Rowe and Jennifer Dunne ensured Dublin brought a 1-5 to 0-3 cushion into the interval.

While Dublin initially pushed on after the restart with back-to-back efforts by Orlagh Nolan and Tyrrell, Meath developed a purple patch that brought them firmly into contention. After Thynne posted her second point of the tie, Grimes registered three successful frees to leave a goal between the teams with just nine minutes remaining on the clock.

The gap stayed at three points following traded scores by dead-ball specialists Tyrrell and Grimes, but Dublin’s power off the bench ultimately propelled them towards a convincing win. Substitutes Chloe Darby, Kerri Owens and Shannon Richardson kicked three points in quick succession as they closed out the game in clinical fashion. 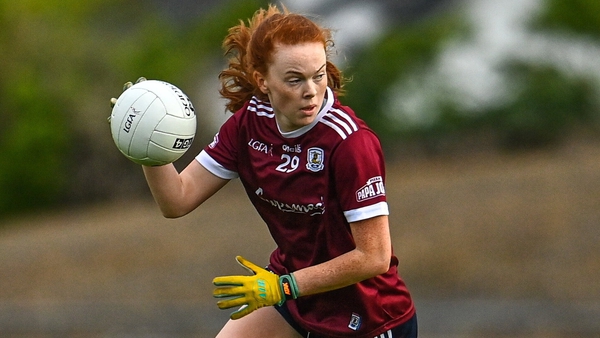