Antrim captain Cathy Carey has been named the The Croke Park/LGFA Player of the Month award for August.

The 32-year-old was to the fore as the Saffrons landed the TG4 All-Ireland junior title, when defeating Fermanagh after a replay on 13 August.

Carey scored 2-01 in a player of the match performance, as Antrim claimed a first junior crown in ten years following a 3-15 to 0-11 victory at the Athletic Grounds in sweltering conditions.

The success ensured a third medal in the grade for the vastly-experienced Carey, who was also a key member of the winning set-ups in 2009 and 2012. 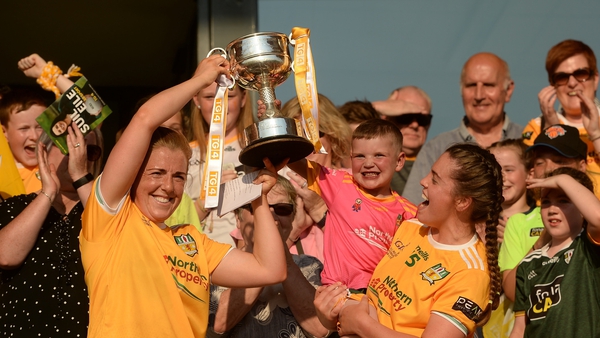