The Pittsburgh Steelers rallied to come from behind and defeat the Baltimore Ravens 28-24 to extend their winning NFL run to seven matches.

The Ravens were 17-7 ahead at half-time, but Steelers quarterback Ben Roethlisberger helped the visitors pick up 21 points in the second half with his touchdown pass to Chase Claypool proving decisive.

Late in the match, Steelers defensive tackle Isaiah Buggs made a telling block to frustrate Ravens quarterback Lamar Jackson on fourth-and-three as Pittsburgh moved 7-0 at the top of the AFC North.

The Ravens, meanwhile, saw left tackle Ronnie Stanley taken off the field during the first quarter with an ankle injury which is now set to rule him out for the rest of the season.

The Buffalo Bills edged out the New England Patriots 24-21 after a late fumble by Cam Newton was recovered.

Patriots quarterback Newton had been looking to push for what could have been a crucial score with just 31 seconds left at Orchard Park, but it was the Bills who saw out the clock to go 6-2 at the top of AFC East.

Miami Dolphins rookie Tua Tagovailoa marked his first career start with a touchdown pass in the 28-17 win over the Los Angeles Rams.

The third straight victory moved the Dolphins to 4-3, two wins behind Buffalo.

Rams cornerback Jalen Ramsey missed the match with illness, but tests confirmed it was not Covid-19 related. 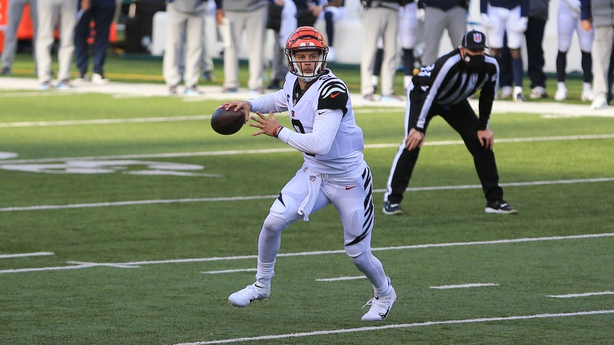 Burrow landed two fourth-quarter touchdown passes and then closed out the game as he threw for 249 yards with the Bengals ending a three-match losing run.

The Titans suffered a second straight defeat and at 5-2 are now tied with the Indianapolis Colts, who ran out 41-21 winners over the Detroit Lions.

Colts quarterback Philip Rivers threw three touchdown passes in the second quarter as the Lions - who had just won back-to-back games on the road - saw their winless home run extended to seven straight matches stretching back to last season.

Dalvin Cook scored four touchdowns as the Minnesota Vikings caused an upset with a 28-22 win over NFC North rivals the Green Bay Packers at Lambeau Field.

Cook, recovered from a groin injury, ran for 163 yards and also took two catches, including a 50-yard score. 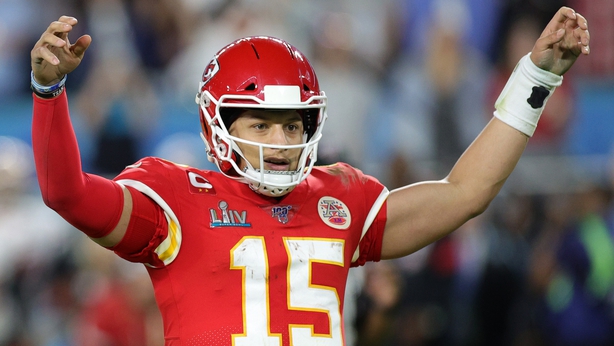 In the day's other games, the New Orleans Saints eked out a 26-23 overtime victory against the Chicago Bears, the Denver Broncos did just enough to beat the LA Chargers 31-30, the Seattle Seahawks held off a fast-finishing San Francisco 49ers outfit 37-27.

Meanwhile, Matt Ryan threw for 281 yards to help the Atlanta Falcons earn an eight-point win over the Carolina Panthers 25-17 and the Philadelphia Eagles defeated the Dallas Cowboys 23-9.