Former NFL player Colin Kaepernick, who protested against social and racial inequality in the United States by kneeling during pre-game anthems, has been chosen to help mark the 30th anniversary of the brand's famous Just Do It slogan.

Trump weighed in on Nike's ad for the first time during an interview with conservative news outlet The Daily Caller on Tuesday, saying it "sends a terrible message" and today posted a message on his Twitter account outlining his concerns around the campaign.

"Nike is getting absolutely killed with anger and boycotts," he tweeted. "I wonder if they had any idea that it would be this way?"

Trump's tweet also referenced the NFL's declining TV ratings and said that he finds it "hard to watch" and "always will, until [the players] stand for the FLAG!"

Just like the NFL, whose ratings have gone WAY DOWN, Nike is getting absolutely killed with anger and boycotts. I wonder if they had any idea that it would be this way? As far as the NFL is concerned, I just find it hard to watch, and always will, until they stand for the FLAG!

Kaepernick was the first NFL player to kneel at games during the national anthem as a protest against social and racial injustice.

He inspired many other players to join in, earning the ire of people including Donald Trump, and the protest has cost Kaepernick his NFL contract.

In his interview yesterday, Trump stated that while he didn’t condone Nike's decision, he respected the company's right to hire the spokesperson it chooses. 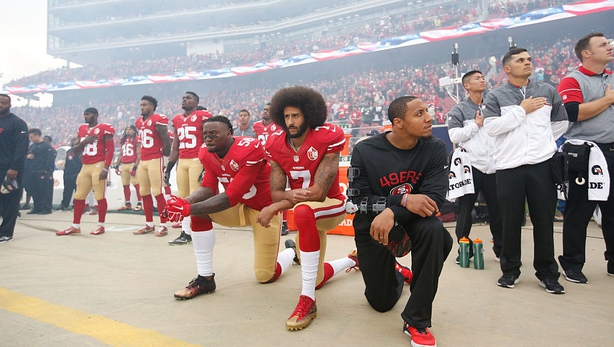 "As much as I disagree with the Colin Kaepernick endorsement, in another way, I mean, I wouldn't have done it," Trump said.

"In another way, it is what this country is all about, that you have certain freedoms to do things that other people think you shouldn't do, but I personally am on a different side of it."

Williams, who is sponsored by Nike, has been a supporter of Kaepernick and he was at Flushing Meadows on Friday to see her defeat sister Venus in the third round.

"Having a huge company back him could be a controversial reason for this company, but they're not afraid. I feel like that was a really powerful statement to a lot of other companies."

Williams declined to answer whether she would take part in similar protests in tennis given the chance, saying: "I think everyone has a choice to do what they choose to do." 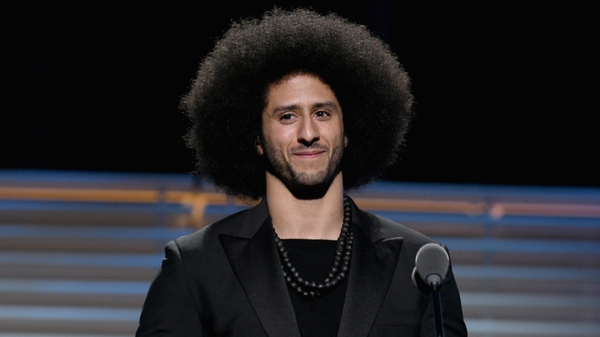 Nike stock drops by 2% in wake of Kaepernick deal