Joe Flacco threw for 101 yards and a touchdown before a concussion saw him leave the game early as the Baltimore Ravens dominated the Miami Dolphins 40-0 on Thursday night.

The quarterback connected with Jeremy Maclin on a 34-yard pass in the first quarter before he received a heavy blow from linebacker Kiko Alonso as he slid after a run.

Ryan Mallett came in and picked up a touchdown of his own on a two-yard pass to Benjamin Watson before half-time.

It remained one-way traffic after the break. CJ Mosley caught the eye with a 63-yard interception return for a touchdown, Chris Moore recovered a fumble in the end zone to put the Ravens 32-0 up and Jimmy Smith returned a 50-yard interception to score.

Miami's Matt Moore finished the day having completed 25 of 44 passes for 176 yards, and with two interceptions. 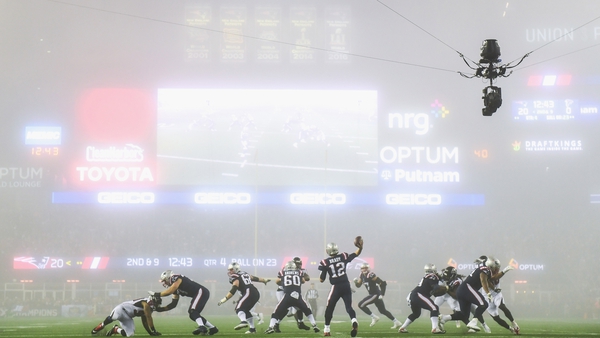