NFL star Cam Newton has apologised for his disrespectful behaviour towards a female journalist and said that the joke is firmly on him.

The Carolina Panthers quarterback has drawn a lot of criticism after laughing at a question from a female reporter at a recent press conference.

When asked by Charlotte Observer reporter Jourdan Rodrigue to assess the development of one of his team-mates and his ability to run physically demanding routes, Newton responded with a giggle.

"It’s funny to hear a female talk about routes like — it’s funny," the 28-year-old Newton said in response to a question about wide receiver Devin Funchess.

It has sparked widespread condemnation and in a video apology, Newton has also revealed that he has lost sponsorship deals on the back of his comments and actions.

"After careful thought, I understand that my word choice was extremely degrading and disrespectful to women," he said on a video posted on his Twitter account.

"To be honest, that was not my intentions. And if you are a person who took offense to what I said, I sincerely apologize to you."

"I’m a man who tries to be a positive role model in my community and try to use my platform to inspire others.

"During this process I have already lost sponsors and countless fans. I realise the joke is really on me. I have learned valuable lesson from this."

Newton hopes that his younger people can see the error in his ways and not make similar mistakes.

"To the young people who see this, I hope you learn something as well...don’t be like me. Be better than me.

"To the reporters, to the journalists, the moms, the daughters, the sisters and women all around the world, I sincerely apologise and hope that you can find the kindness in your hearts to forgive me." 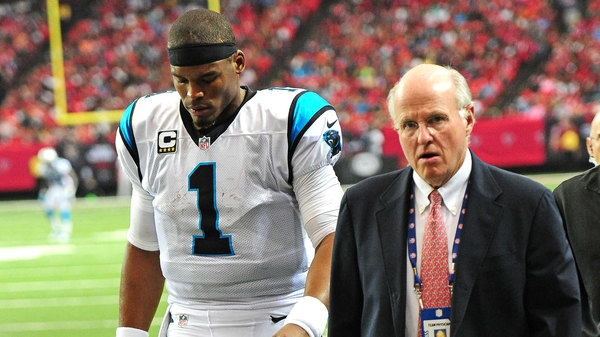