Super Bowl champions the Denver Broncos suffered a damaging 13-10 defeat at the Tennessee Titans in their quest to reach the NFL play-offs.

The Broncos' faltering offence failed to put any points on the board until the fourth quarter, when Trevor Siemian's touchdown pass found Emmanuel Sanders to breathe life into a static contest.

Denver then twice fluffed chances to complete the comeback, with Bennie Fowler dropping a pass in the end zone before AJ Derby was stripped by Avery Williamson in the final minute, to seal a result that drops the Broncos to 8-5 and in grave danger of missing the post-season.

Gary Kubiak's men face a nightmare end to the regular season as they host Tom Brady's New England Patriots next week - who they beat to reach last season's Super Bowl - before key match-ups against divisional high-flyers the Kansas City Chiefs and the Oakland Raiders. 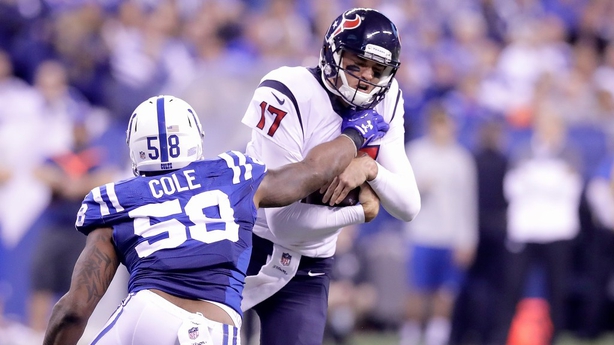 The result was critical in the Titans' own play-off bid, as they improved to 7-6 to be level at the top of the AFC South with the Houston Texans, who beat divisional rivals the Indianapolis Colts 22-17.

A monster performance from running back Le'Veon Bell sent the Pittsburgh Steelers top of the AFC North as he rushed for 236 yards and three touchdowns in a 27-20 win at the Buffalo Bills.

The Steelers improved to 8-5 to edge ahead of the Baltimore Ravens, who are at New England on Monday night.

The Miami Dolphins held off a late Arizona Cardinals rally to win 26-23 and make the most of the Broncos' slip and join them with an 8-5 record in the race for an AFC wildcard place. 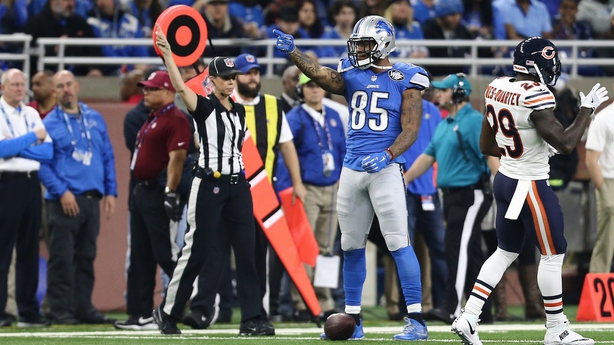 The Detroit Lions moved a step closer to claiming their first NFC North title since 1993 thanks to a 20-17 win over the Chicago Bears.

Quarterback Matt Stafford ran for the go-ahead touchdown with just over three minutes on the clock to improve the Lions to 9-4.

The Minnesota Vikings remain two games back as they rallied to beat the Jacksonville Jaguars 25-16.

The Washington Redskins won their divisional clash against the Philadelphia Eagles 27-22 thanks to Chris Thompson's 25-yard touchdown run to stay in the thick of the race for a wildcard place.

The Carolina Panthers beat the San Diego Chargers 28-16 while the Cleveland Browns appear destined for a winless season after Tyler Eiffert hauled in a pair of touchdown passes in a 23-10 Cincinnati Bengals win.

The Browns have lost all 13 games this season and are on course to replicate the 2008 Lions, who are the only team to have failed to win a regular season match since the NFL moved to a 16-game schedule in 1979.

The Green Bay Packers made it three wins on the bounce as they beat the Seattle Seahawks 38-10, the Atlanta Falcons ran riot against the Los Angeles Rams in a 42-14 win and the New York Jets earned an 23-17 overtime victory against the San Francisco 49ers.

An 11-16 success for the Tampa Bay Buccaneers gave them their fifth win on the bounce and the New York Giants enjoyed a 10-7 triumph over the Dallas Cowboys.