Brock Osweiler endured a harrowing return to the Denver Broncos as his new side the Houston Texans went down to a 27-9 defeat in the NFL.

The quarter-back, who swapped the Broncos for the Texans in the close season, failed to show his former side what they were missing as he recorded just 131 yards with no touchdowns or interceptions.

CJ Anderson and Devontae Booker helped the Broncos end a two-game losing streak, as they both ran for a touchdown, with Anderson gaining 107 yards and Booker 83. 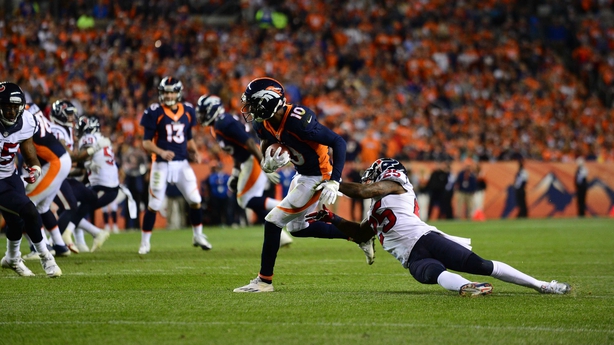 The Texans' night was made even worse when right tackle Derek Newton was carried off after suffering serious-looking injuries to both knees.