The Kansas City Chiefs and Detroit Lions will do battle at Wembley on Sunday each trying to save their own seasons.

It is not too often that London gets two evenly-matched NFL teams facing each other, but for all the wrong reasons the Chiefs and Lions will start on a level playing field under the arch.

The Chiefs have a 2-5 record this season, while the Lions are 1-6 and arrive just days after coach Jim Caldwell fired his offensive co-ordinator and two assistants in a mid-season shake-up.

Little has gone right for the Lions this season with the offence stuttering and the defence suffering.

Quarterback Matthew Stafford went to the Pro Bowl last season but has come under heavy criticism this year, with some even questioning if Detroit should move him on after seven seasons.

For now, the axe has instead fallen on the coaches.

Jim Bob Cooter, just 31, is the new man calling the plays, and he plans to put Stafford back in control.

"It's his offence as much as mine, maybe even more," Cooter said

The Chiefs have only one more win to their name this season, with their usually intimidating defence struggling to live up to its usual standards.

This is despite the return of outstanding safety Eric Berry who has recovered from Hodgkin's lymphoma diagnosed last year.

"Every week is big, every game is big and I know that," said quarterback Alex Smith, who came to London with the San Francisco 49ers in 2010 but did not play due to injury.

"As the weeks mount and the season goes on, they're all bigger - and this one is even bigger.

"It is big for us with where we're at and we kind of dug ourselves a little hole, we can't afford much slip-up." 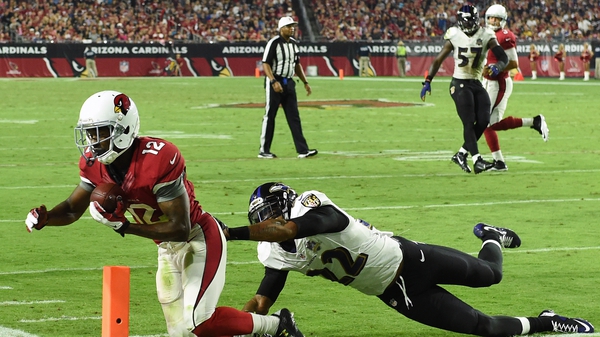