Hayne beat out practice-squad player Kendall Gaskins for a spot in the running back rotation as the Niners cut 14 players to bring their squad down to the 53-man limit.

"I am over the moon," Hayne told 49ers.com. "I'm blessed and honoured to be a part of the 49ers franchise.

"I wanted to take a risk, and I wanted to put myself out there. This whole journey, I've never felt so alive."

Regarding the wait to hear from coach Jim Tomsula, he said: "It was the most nervous I've been in a while. It was more trying to get confirmation than anything. And then it was a sigh of relief."

Second-year pro Carlos Hyde is the likely starter at running back following the off-season departure of Frank Gore to the Indianapolis Colts.

Given the high attrition rate among NFL backs, injuries to those ahead of him could easily hand the Australian a share of match action, but his initial opportunities are likely to come on the special teams units.

He recorded a special teams tackle against the Chargers and, on offence, had carries of 53 yards against the Texans and 34 against Dallas. 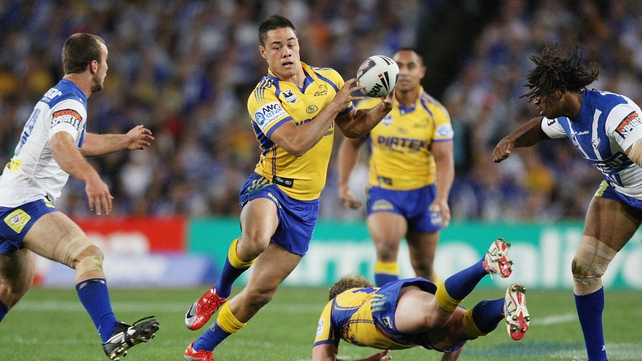 Tomsula said: "Making an NFL roster is an outstanding accomplishment, period. But obviously his situation is unique.

"The odds of an American who grows up in this game playing in the NFL is astronomical. Now you're talking about a guy who wasn't raised in this game and has made it.

"He's by no means a finished product but the type of person he is and the approach that he takes, he's a guy that we want here.

"It should be a celebration in Australia. I do understand the magnitude and that it's huge."

Hayne added: "For the fans back home, I don't think words can really describe how great it is to see so many people support me. Australia is such a sporting country, and I'm very proud about where I'm from."

Notable players released across the NFL ahead of the deadline included quarterback Tim Tebow, who has struggled to catch on with a team since leaving the Denver Broncos and was let go by the Philadelphia Eagles on Saturday.