The Pittsburgh Steelers produced a stunning comeback as they claimed a 30-23 victory over the Houston Texans on Monday night to go 4-3 up in the NFL.

The Steelers trailed 13-0 during the second quarter but exploded to life to score three touchdowns in the final 90 seconds of the half to claim the ascendancy at Heinz Field.

Pittsburgh quarterback Ben Roethlisberger threw for two of the touchdowns, while Antonio Brown impressed in between as he threw a three-yard pass to Lance Moore.

Prior to that, Roethlisberger found Martavis Bryant with a 35-yard touchdown pass as the Steelers finished the half with 26 points when the playmaker hit Le'Veon Bell wide out in the dying seconds.

Ryan Fitzpatrick had earlier put Houston on the board with an 11-yard touchdown pass to Alfred Blue and two Randy Bullock field goals built the Texans' lead before the Pittsburgh blitz put the hosts ahead at half-time.

The result sees the Texans slip to a 3-4 record in the AFC South division where they are second in the standings, while the Steelers remain third in the AFC North. 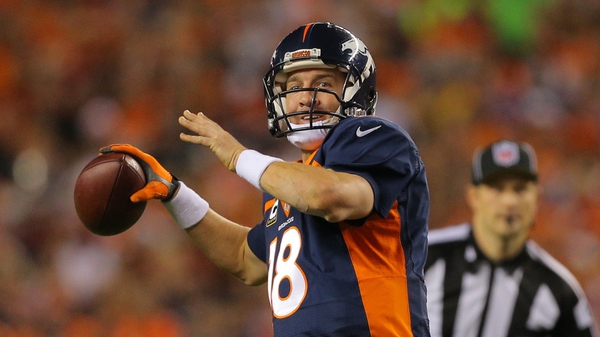