The Indianapolis Colts survived a fourth-quarter fightback from the Houston Texans to register a 33-28 victory in Thursday's NFL encounter.

The Colts were up 24-0 by the end of the first quarter at the NRG Stadium in Houston, but after adding a further nine points to their total they allowed the hosts to reduce the deficit to just five points in the final quarter.

The Texans could have snatched victory late in the game but did not take their chances, leaving the Colts to climb top of the AFC South conference with four consecutive wins after losing their opening two games.

Colts quarter-back Andrew Luck threw for 370 yards and three touchdowns, while opposite number Ryan Fitzpatrick managed 212 yards and one touchdown.

"We knew it was going to be a grind. They all are," Colts head coach Chuck Pagano

Wide receiver TY Hilton had nine receptions for 223 yards, just one yard shy of the most in franchise history, and one touchdown for the Colts.

"We knew it was going to be a grind. They all are," Colts head coach Chuck Pagano told reporters.

"Defence finds a way to come up with two late turnovers. I'm really proud of the guys."

Luck, meanwhile, said his team had a shown "lot of backbone" to stave off the Houston comeback.

"It's only week six. It's not a super bowl. It's not anything too special but everyone is big in this league and to beat a darn good team like that is huge for us," he said. 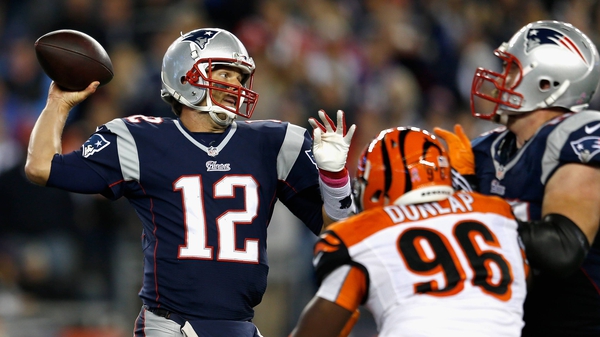