Munster's Fineen Wycherley looks set to make his first appearance since the start of October in Saturday's trip to Benetton in the URC, providing some welcome relief to the province's second row stocks.

The 25-year-old hasn't featured since the 21-5 win against Zebre on 1 October, but has resumed full training after a shoulder injury.

He could go straight into the starting side for this weekend's trip to Italy, with Tadhg Beirne and Gavin Coombes away in Irish camp, and fellow second rows Tom Ahern, RG Snyman, Paddy Kelly and Edwin Edogbo out injured, and part of what forwards coach Andi Kyricaou is calling their "giraffe sanctuary".

"It's been great to finally given him the all clear to be involved," Kyriacou said of Wycherley.

"He's been in and out of certain aspects of training over the past couple of weeks, but a real lift with the lads going up the road to camp, and also the 'giraffe sanctuary' in the medical room, all of these two-metre high lads rehabbing.

"We're ecstatic to have Fin back and ready to play. He's ready to go."

The province are likely to be without Mike Haley this weekend, with the full-back set to go for a scan on the ankle injury he suffered in Sunday's defeat to Toulouse in France, while Simon Zebo also misses out due to illness.

Kyriacou confirmed that Saturday's game in Treviso will be a final outing in red for John Ryan (below), with the veteran tighthead prop moving to New Zealand next month to join the Chiefs. 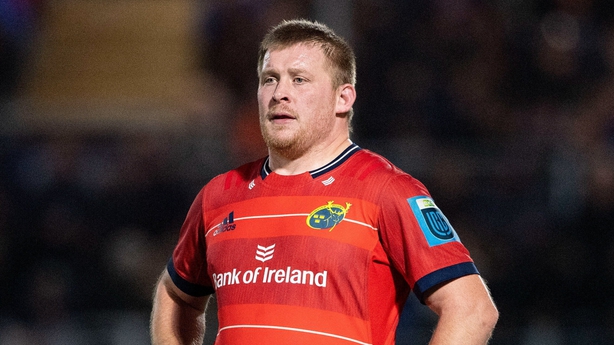 Ryan has made eight appearances since returning to Munster in October, bringing him to 205 games for the province across his two spells.

"We're obviously disappointed to see him go but he's had to do what’s right for him and look, he’s been excellent since he’s come back from Wasps. He’s added real value, not just in his performances but the way he’s approached things with younger players in the squad, just passing on all his knowledge, live within sessions and also after via video.

"He’s been great to have back in the building and yeah we just wish him well for the next few months," Kyriacou added.

Ryan was drafted in as an emergency signing after a knee injury to Keynan Knox, who is expected to return to action shortly.

"Knoxy has been on the field, doing bits and pieces in and around what the physio and rehab lads are deeming the right bits for him to do in terms of his rehab and progression back into playing.

"He's doing more and more each day, so I'd imagine it will be very soon that we see him available and ready to play." 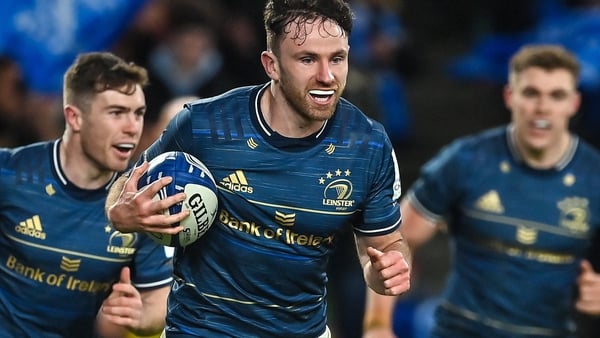 Champions Cup team of the week