All eight Irish and South African sides are represented in our team of the week for round nine of the BKT United Rugby Championship.

Connacht and Munster boosted their top-eight hopes with big wins while leaders Leinster overcame a numerical disadvantage and 19-point deficit to stun Ulster at the RDS.

Down in the southern hemisphere, it was a clean sweep for South African teams against Welsh opposition, with the Vodacom Bulls and DHL Stormers moving above Ulster into second and third respectively in the URC standings.

Arendse continued the excellent form he produced for South Africa in November as the Bulls overpowered Cardiff in Pretoria.

The 26-year-old scored five tries on the Springboks' European tour and he crossed the whitewash again on his URC return, while also setting up two tries for Canan Moodie.

Maxwane put the Lions on course for their fifth win of the campaign with a brilliant opening try against the Scarlets.

The wing took Marius Louw’s tidy offload out the back and used his footwork to beat four defenders and speed clear.

We’re shifting Frisch to inside centre just so we can include the Frenchman, who once again dazzled in attack as Munster claimed back-to-back URC wins for the first time this season.

Frisch made three line breaks in the comeback victory over Edinburgh and also chipped in with a couple of turnovers.

Moodie missed South Africa’s autumn tour due to injury and he looked keen to make up for lost time as he bagged a brace against Cardiff.

The 20-year-old was put clear by Kurt-Lee Arendse for the opener and the pair combined again in the second half, Moodie timing his run perfectly to latch onto his full-back's delicate chip over the top.

Moodie also made a team-leading 78 metres with ball in hand, which included three line breaks.

Have you seen a more delicious try this season? 🤔

Libbok scored a try of the season contender as the defending champions downed the Dragons, breaking clear from inside his own half and stepping around defenders with ease.

The out-half, who made his Springboks debut last month, was five from five off the tee for an 18-point haul.

Joey Carbery and Johan Goosen also deserve a mention, the former putting a horror start behind him to help Munster to victory.

Glasgow needed a response after their latest hammering by Leinster and Horne’s tactical kicking put them on track for a morale-boosting win in Parma.

The scrum-half kicked 15 points and had a hand in Glasgow’s second try after half-time, which helped open the floodgates in the final half-hour. 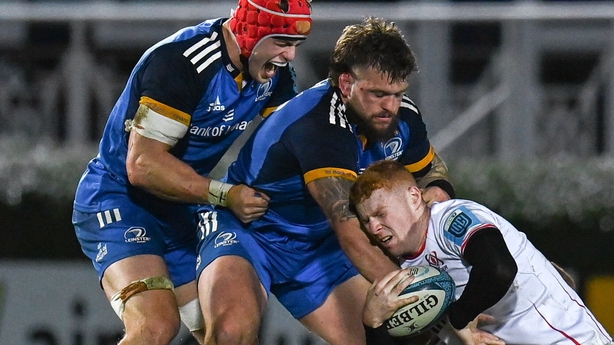 Porter was called into action midway through the first half following Cian Healy’s dismissal and made a big impact.

The loosehead won two turnovers and powered over from close range for Leinster’s bonus-point try as they made light of their numerical disadvantage.

Another front-row replacement who shone for Leinster. Sheehan replaced Rónan Kelleher shortly after half-time and was central to their incredible comeback as they scored four tries in 17 minutes.

Connacht with a great start to the second half as Finlay Bealham gets over from close range after good play by Kieran Marmion in the build-up.

Bealham has been a consistent performer for both Connacht and Ireland this season and he helped his province to a double-scores win over Benetton.

The prop powered over from close range for Connacht’s third try and again impressed in the set-piece.

Kleyn has hit the ground running since returning from injury and he put in another huge shift in Edinburgh, disrupting the home side’s lineout, carrying strongly and helping Munster gain dominance at scrum time.

The Sharks ended a turbulent week with a nervy win over the Ospreys, with Tshituka’s performance among the big positives.

Baird was one of the standouts in a huge performance by the Leinster pack against Ulster.

The flanker's ball-carrying ability and athleticism gave Leo Cullen plenty of food for thought ahead of their Champions Cup opener against Racing 92.

Rea worked his socks off in defence, making a team-leading 17 tackles and winning some important turnovers.

The openside also stepped up with big carries as Ulster surged in front at the RDS, only to collapse. 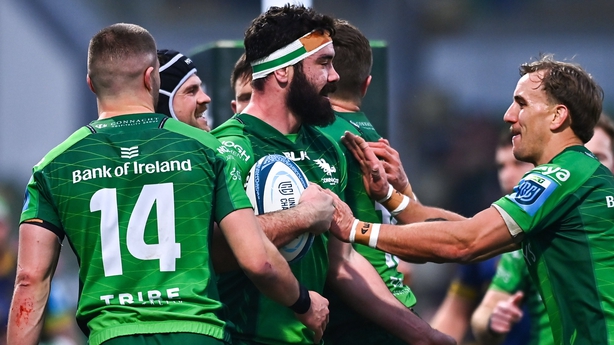 Boyle inspired Connacht to a vital bonus-point win over Benetton to put them within touching distance of the top eight.

The No 8 powered over for Connacht’s second try and made 20 tackles, including an outstanding try-saver underneath his posts during the second half.

Boyle edges out Emmanuel Tshituka, who bagged a double for the Emirates Lions against the Scarlets.

Watch Munster v Toulouse in the Heineken Champions Cup live on RTÉ2 and RTÉ Player from 2.30pm on Sunday 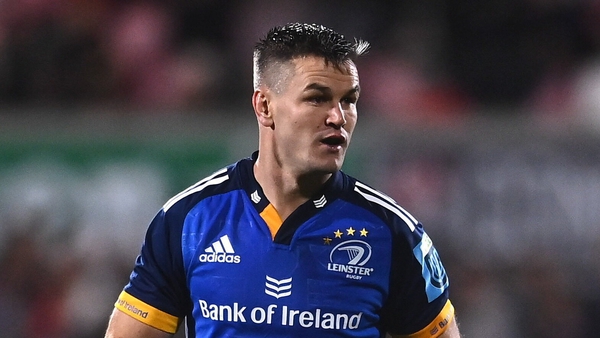