You wouldn't blame the Connacht forwards if they had some choice words for the backs this week.

The Westerners’ set-piece has been much-improved this campaign, topping the BKT United Rugby Championship charts for lineout wins and with a 96% success rate on their own scrum feed.

There have been major issues behind the scrum, however. Connacht head into Saturday’s crucial game against Benetton with the unwanted tag of the worst attack in the URC, averaging less than 17 points per game.

The free-flowing attacking style that Andy Friend’s side are famous for has been absent this season, and five defeats in eight games means their top-eight hopes are fading fast.

Have the forwards had a word with the backs to sharpen up?

"We always associated Connacht as being this free-playing, free-spirited attacking side, and it has changed."

"We had a few tough words on Monday [after the loss to Munster]," said prop Finlay Bealham. "Not just on that but in plain general. We got a lot of messages out there, lads got a few things off their chests and had some really honest conversations.

"We always back Jack [Carty] and the rest of the backs to do their thing. They’re all incredibly talented rugby players. We’re in the meat grinder at the front, just putting the head down and pushing, doing all that pretty stuff.

"I’m always going to back those boys, whatever they do. I’ll just keep my head in the dark places. It’s probably what I’m good at."

He certainly is. Bealham's stock has been steadily rising and the tighthead has proven a more than capable deputy for Tadhg Furlong at international level. The 31-year-old again impressed when introduced from the bench in Ireland’s autumn victories against South Africa and Australia.

"I’m really enjoying my rugby at the moment," he said. "I feel with age I’ve got a better experience and hold on how to prepare for games and get myself in the best frame possible to perform.

"I’m still striving for any way possible to improve myself and my game, and try and bring lads to their best around me."

Bealham returned to Connacht colours at Thomond Park last weekend, where the away scrum dominated without much reward. Some of it was their own doing, with one scrum penalty reversed after the visitors sparked a scuffle after the referee had blown his whistle.

There were other frustrating moments such as when Carty failed to find touch from another scrum penalty, and Bealham knows they must develop a more ruthless edge if they are to down Benetton and get their season back on track.

"I was talking to Denis [Buckley] and a few of the other boys after the Munster game. On our ball, all bar one of the scrums either resulted in a free-kick or a penalty, so it’s a pretty good day at the office for us," said Bealham.

"It would have been nice to have that dominance in the scrum come to the game and use it a bit more as a weapon. That’s just the way it goes.

"This week now, Benetton have internationals all over the park, especially up front. We won’t pat ourselves on the back too much. We’re focused on what Benetton can bring, which is a massive challenge up front. It’s one we have to be ready for." 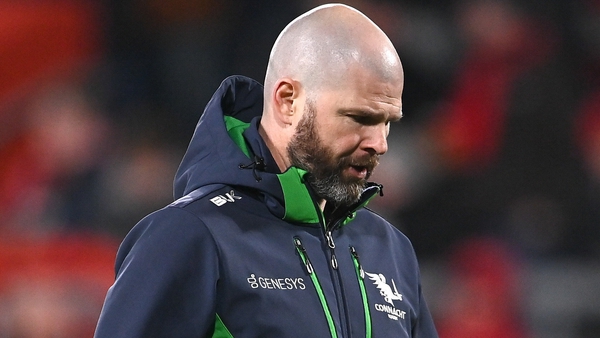