Leinster head coach Leo Cullen cut a frustrated figure at the RDS, despite his side retaining their eight-point lead at the top of the BKT United Rugby Championship with a 40-5 win against a poor Glasgow Warriors.

The province were comfortable throughout, building up a 21-0 lead inside 25 minutes after two tries for Rob Russell, and one for Dave Kearney, but despite running out easy winners, the league leaders were far from their best on their return to URC action.

"I think after the break it's always going to be disjointed," the Leinster head coach told RTÉ Sport after the game.

"I thought we had great intent, started well, the attitude was good, we scored three tries in the first 25 minutes or so and after that it was a bit disjointed.

"We were probably lucky on a couple of occasions, the Glasgow shift-drive in the top corner is one that sticks out at me where they didn't nail the opportunities they had, and we managed to keep that decent scoreboard separation."

One of Leinster's big issues was discipline, conceding 14 penalties in total, 12 of which came in a scrappy first half.

And Cullen says that ill-discipline was the main focus of his frustration, which will have to improve greatly when they welcome second-place Ulster to the RDS next Saturday. 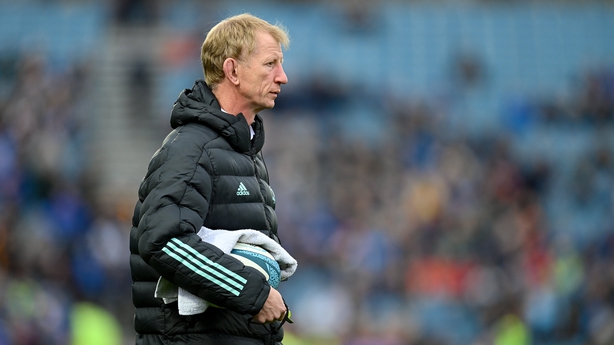 "We gave away a lot of penalties, it's fair to say. Some of our tackle height, where we got caught a few times, a few scrum penalties as well, there are lots of bits we can pick out of the game to improve upon ahead of next week, because it'll be a serious challenge next week.

"Ulster are looking very strong around the maul in particular, so we need a decent week's training to be ready for that.

"They beat us fair and square last year, 20-10, this time of year as well. We know in the Interpro games there's an extra layer of intensity, they'll have players who want to prove a point, and for us it's a tricky balance getting the selection right.

"They're a well organised team and it'll be a good old battle."

While their poor discipline saw them starved of possession in the middle third of the game, they were clinical when they got the opportunity to attack; Russell completed his hattrick in the second half, with John McKee and Michael Milne both scoring off the bench.

And Cullen says the clinical nature of their attack in the 22 is the main positive he'll take from the game.

"We're delighted with that, because it didn't feel like a 40-5 win, so that's a very positive outcome.

"Credit to a lot of the young guys, they've acquitted themselves really well over the last while, the Scarlets game and this game, to produce two big bonus-point wins, without a good chunk of players, is good for the future. It's good to have that depth as we enter such a pivotal part of the season." 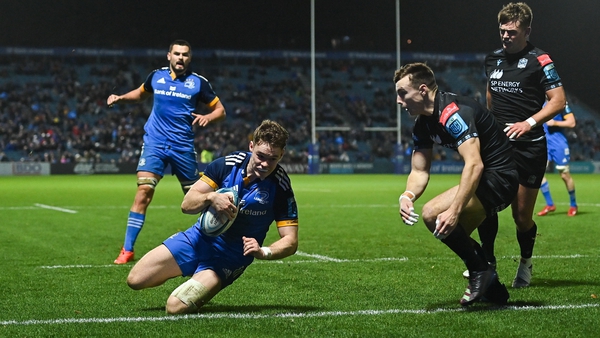