Iain Henderson is set to make his first appearance of the season for Ulster in tomorrow's BKT United Rugby Championship meeting with Zebre Parma.

The province's captain hasn't featured this season due to surgery on his hand over the summer, while he also missed Ireland's Test series against New Zealand in July because of a knee injury.

The 30-year-old has been close to a return in recent weeks, training with Ireland during the Autumn Nations Serries, while he togged out as an injury reserve at the Aviva Stadium prior to last Saturday's 13-10 win against Australia.

Henderson has been named to the bench for tomorrow's visit of the Italians, with Dan McFarland resting his Ireland internationals who featured in the recent wins against South Africa, Fiji and Australia.

Jake Flannery (below) will make his first appearance for the province since joining from Munster in the summer, starting at out-half behind scrum-half Nathan Doak. 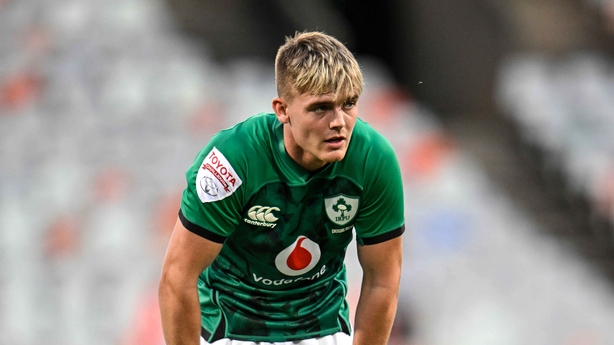 Luke Marshall, one of the province's key men in their first block of games, continues in the centre alongside James Hume, while Jacob Stockdale makes his first Ulster appearance since September on the left wing.

Ethan McIlroy starts on the right wing, with the versatile Stewart Moore at full-back.

In the pack, Duane Vermeulen will captain the side from number eight, packing down between the Rea brothers, Matty and Marcus, in the back row.

Cormac Izuchukwu, who recently signed a new contract at the province, joins Sam Carter in the second row, while Callum Reid, Tom Stewart and Marty Moore start in the front row.

What we learned from Ireland's Autumn Nations Series