Connacht, Munster and Ulster welcome back a host of Ireland internationals for round two of the BKT United Rugby Championship.

Mack Hansen, Peter O'Mahony and Kieran Treadwell all come into the starting line-ups for their respective provinces, who all face tricky away games this weekend.

Ulster, who began their season with a bonus-point win over Connacht, visit the Scarlets on Saturday and they have handed a first start to wing Aaron Sexton.

The 22-year-old comes in for Robert Baloucoune and is joined in the back three by Mike Lowry, who starts at full-back.

Ulster have made seven changes to the team that started against Connacht as Ireland trio Rob Herring, Kieran Treadwell and Nick Timoney come into the pack, with Treadwell partnering captain Alan O’Connor in the second row.

Sean Reffell, a summer signing from Saracens, will make his Ulster debut if introduced from the bench.

Connacht have made nine changes to their starting line-up for Saturday’s game against reigning URC champions DHL Stormers in Stellenbosch, live on RTÉ2 and RTÉ Player from 1pm (kick-off 1.30pm).

All five players who toured New Zealand with Ireland are named in the match-day squad as Connacht bid to bounce back from their opening-round loss to Ulster.

Finlay Bealham, Cian Prendergast and Mack Hansen come into the starting XV with Dave Heffernan and Bundee Aki providing impact off the bench.

There are six changes in the pack where Bealham, Dylan Tierney-Martin and Denis Buckley form a new front row, while John Murphy moves into the second row to partner Niall Murray.

Prendergast and captain Jarrad Butler come onto the flanks.

Caolin Blade starts at scrum-half and Byron Ralston is switched from the wing to outside centre alongside Tom Farrell.

Munster welcome back captain Peter O’Mahony, Keith Earls and Simon Zebo for Sunday’s game against the Dragons at Rodney Parade, live on RTÉ2 and RTÉ Player from 2.30pm (kick-off 3pm).

The trio are named in the starting line-up with fellow Ireland internationals Tadhg Beirne and Joey Carbery on the bench.

Chris Farrell was not considered, after making the decision to step back from the province while legal proceedings in France are ongoing.

Graham Rowntree has made eight changes to the starting side that was beaten by Cardiff in the opening round, with Mike Haley, Earls and Zebo forming a new back three.

Craig Casey comes in at scrum-half for Paddy Patterson, who drops to the bench, while Malakai Fekitoa moves to outside centre as Dan Goggin starts at 12.

Academy lock Edwin Edogbo could make his competitive debut if sprung from the bench. 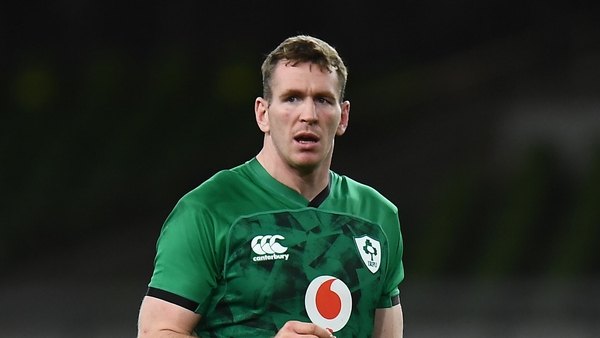