Sunday's BKT United Rugby Championship visit to Dragons presents Munster with a big opportunity to boost their confidence, according to the province's former out-half Ian Keatley.

After a coaching change in the off-season, Munster made a losing start to Graham Rowntree's reign last Saturday when they were beaten by Cardiff at the Arms Park.

They return to Wales this Sunday to face the Dragons in Newport (live on RTÉ2 and RTÉ Player), and are likely to be boosted by the return of most of their frontline Ireland internationals, who were rested for the Round 1 defeat.

And with a run of difficult fixtures to come next month, starting with a Round 4 visit to Connacht, Keatley says they need to start putting Ws on the board now.

"They're lacking a little bit of confidence, they lost their two pre-season games, lost against Cardiff, and with their run-in before Christmas, they've got six derby matches which we all know are tough games to get through," the former out-half told the RTÉ Rugby podcast.

"They need to get a win or two, get a bit of confidence going and you'll see them playing a lot more freely, once they get wins under their belt.

"Hopefully they can beat Dragons this weekend, then they play Zebre, then they have Connacht and if they can get a bit of confidence going, you'll see that attacking Munster come out a bit more, which Prendergast is trying to instil in them."

Keatley, who is head coach of UL Bohemian for the upcoming Energia All-Ireland League season, believes that the players will need some time to adjust to the new coaching regime.

"It's a completely new coaching staff, and you're try to change the habits that have been instilled in them for the last six or seven years, under Rassie and Johann van Graan," the 35-year-old added

"I know Rowntree and Prendergast are trying to install a new way of playing, but you can't just forget the old ways, you still have old habits, and you have about six or seven weeks to do it.

"They didn't have their full squad out against Cardiff, hopefully we'll see a different performance against the Dragons."

The Welsh side finished 15th last season, winning just two matches, and despite making some high profile signings - including former Munster out-half JJ Hanrahan - they started the new campaign with an embarrassing 44-6 defeat to Edinburgh.

That led to director or rugby Dean Ryan questioning the attitude of some of his players, which Bernard Jackman says doesn't bode well for them.

"He's probably looking to get performances and results pretty quickly in the season to settle everyone down," the former Dragons head coach said.

"That defeat, and the nature of it, wasn't a great sign. I think he can challenge that group more because there are more internationals, and more experience, the likes of Rob Evans, Will Rowlands, Ross Moriarty, they're not shrinking violets.

"Maybe he feels the coaches have done everything right, and it's up to the players to react. I think if they get a hiding this week, it's a sign that things aren't right there." 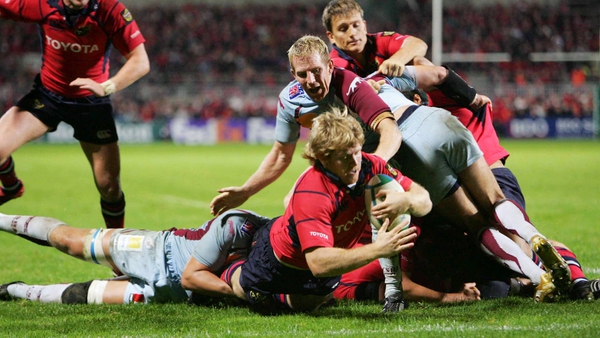