It says a lot about the standards Leinster have set for themselves that a Champions Cup final appearance and a URC semi-final simply doesn't cut it.

Having been their usual dominant selves throughout the regular season, Leo Cullen's side were given two reality checks within the space of 13 days, losing the Champions Cup final to La Rochelle in dramatic circumstances before a limp showing against the Bulls in their URC semi-final at the RDS.

The way in which their season petered out has clearly been a concern for the head coach, but they only have to look back on their 2017/18 campaign for a reminder of what happened the last time they had a trophyless season.

On that occasion they dominated all around them, picking up a league and European double. No pressure.

It's not disrespectful to suggest the fixture list has been kind to them with games against Zebre Parma and Benetton to start with, before they get into the meatier Interpros. Even their clash with the Sharks in Round 3 will see the South Africans without a large portion of their Springbok contingent.

With Felipe Contepomi and Denis Leamy departing the senior ticket over the summer, Cullen has drafted in former Leinster players Andrew Goodman and Sean O'Brien to fill the attack and contact skills coaching roles, while former Leitrim and Dublin footballer Declan Darcy has also been recruited as 'performance coach', having worked with the province in an informal capacity last year.

As usual, a big challenge will be juggling Leinster's stacked squad, and keeping players involved over the now shortened BKT United Rugby Championship.

Ciarán Frawley's involvement as an out-half for Ireland A in the summer could see him used more in that position by Leinster, who already have Ross and Harry Byrne competing for gametime behind Johnny Sexton.

An inability to deal with the power of South Africa and Europe's elite has been an issue for the province in recent seasons, and they've attempted to address it by signing Jason Jenkins from Munster, although the 6ft 8in lock will be hoping for an injury-free run after a disrupted season in Limerick.

In the Champions Cup, their semi-final defeat in the URC has seen them miss out on their regular top seed, and as a result they've ended up with Racing 92 as their pool opponents along with Gloucester.

Josh van der Flier: "The lads who were over in New Zealand are coming off a great finish to the season but you have to be quite sensitive with it. The other guys in the changing room, the last game they played was losing against the Bulls." #RTERugby pic.twitter.com/tXCbAuc53G

Last season: Finished top of the URC regular season, before a 26-27 defeat to the Bulls in the semi-final. Reached the final of the Champions Cup, losing 24-21 to La Rochelle.

Leo Cullen: "There was a lot of really good stuff [last season].

"You get to a European Cup final and are ahead going into the last couple of minutes. You've clearly done a lot of good things to get to that point. You're not there by accident, but you lose the game and everyone thinks that's a catastrophe." 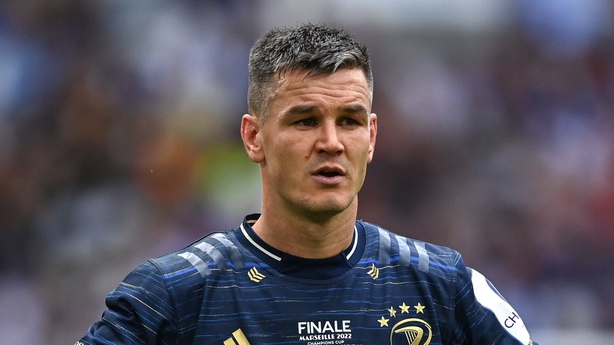 Key player: We're not telling you something you don't already know here, but when Johnny Sexton plays, both Leinster and Ireland beat differently. That was evident in their URC semi-final defeat to the Bulls in June, when Leo Cullen's side lacked urgency until the 37-year-old's second half introduction. The captain is set to begin his final season with the province, having confirmed his plans to retire following the 2023 Rugby World Cup.

How often he features over the course of the season remains to be seen; he featured 11 times in blue in 2021/22, which was his highest figure in the last three seasons. Leinster and the IRFU need to find the balance between rest and rust, and if he can avoid injury, he's likely to be just as influential whenever he lines out. 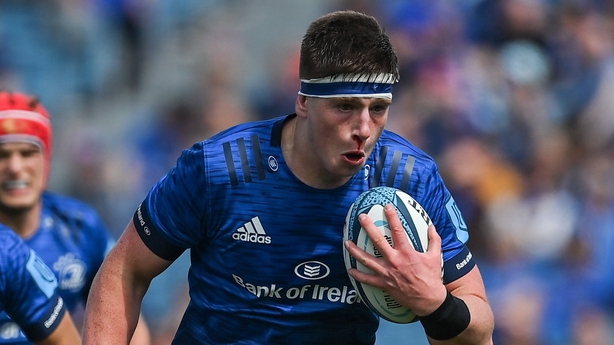 One to watch: Joe McCarthy (above) was the bolter of last season, making his Leinster debut in January, before going on to earn a place in the Ireland squad on their tour of New Zealand.

The 21-year-old second row featured 11 times for the province in the second half of last season, and while he's likely to miss on on some early season games due to the Emerging Ireland tour of South Africa, he should be a regular in Leo Cullen's matchday squad over the course of this campaign, and it will be fascinating to see if he can make an even bigger impact in his first full year as a pro.

Players In: Leo Cullen has only drafted in two new faces to his squad over the summer, although they are two big arrivals. Big second row Jason Jenkins makes the move to Dublin following a disappointing season at Munster which was hampered by injury, while the other summer signing is one-cap All Black centre Charlie Ngatai (below), with the 32-year-old having played a major part in Lyon's Challenge Cup victory earlier this year. A number of others have been promoted from the academy to earn their first pro deals, with locks Joe McCarthy and Brien Deeny, versatile back Jamie Osborne, and scrum-half Cormac Foley all signing first senior deals. 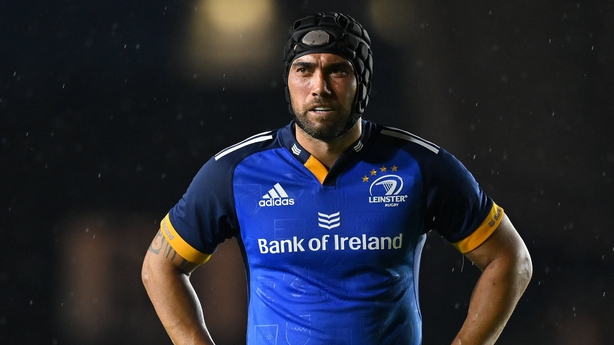 Players out: There were nine departures from the RDS in the off-season; four to Connacht, two to the Exeter Chiefs and three retirements. Of the retirements, Sean Cronin and Devin Toner brought an end to their illustrious careers, while centre Conor O'Brien was sadly forced to end his playing days due to injury. Prop Peter Dooley, back row Josh Murphy, wing Adam Byrne and out-half/centre David Hawkshaw swapped blue for the green of Connacht, while Jack Dunne and Rory O'Loughlin have both joined up with Premiership side Exeter Chiefs.