If you didn't know much about the Stormers and the Bulls last August, you certainly do by now.

Names like Evan Roos, Warrick Gelant or Elrigh Louw would only have been on the radar of those die-hard rugby fans keeping a close eye on the Currie Cup, and for the first couple of months of the season neither team looked like being title contenders.

The caveat for the Stormers in those early rounds of the United Rugby Championship was that they were missing their Springbok contingent, with the likes of Steven Kitshoff, Frans Malherbe and Damian Willemse among those who were on Test duty with South Africa.

Remarkably, the Bulls squad that is preparing for the final is largely the same as the one which started the season in dismal fashion against Leinster and Connacht, with hooker Johan Grobbelaar their only player who was away with South Africa for the Rugby Championship at the time.

Both teams have been on remarkable runs in the second half of the season; including the play-offs, the Stormers have won 14 of their last 15 games, the only defeat coming away to Connacht at the Sportsground in February.

Likewise, the Bulls have been in devastating form, winning ten out of their last 11, including play-off victories against the Sharks and Leinster. However their only defeat in that period came against their final opponents, going down 19-17 to the Stormers in Cape Town in April.

While Covid-19 restrictions mean the Cape Town Stadium attendance will be capped at 31,000, it was confirmed on Friday that the game was sold out.

TV
Stormers v Bulls is live on RTÉ2 and RTÉ Player from 6pm, with Jacqui Hurley joined by Jamie Heaslip and Jerry Flannery in studio. CJ Stander and Darren Cave will be reporting pitch-side from the Cape Town Stadium. The game is also live on URC TV.

ONLINE
RTE.ie/sport and the RTÉ News app will have have a live blog from the final, as well as a match report and reaction from the ground.

WEATHER
With winter hitting Cape Town, temperatures will have dropped to the mid teens, while there's the possibility of rain showers.

Follow Ireland's Test series against New Zealand via our live blogs on rte.ie/sport and on the RTÉ News app or listen to live radio coverage on RTÉ Radio.

While the Stormers have had home advantage along the way, the Bulls have had to do it the hard way.

They were at home in Loftus Versfeld for their quarter-final against the Sharks but they had to overcome the five-in-a-row-chasing Leinster at the RDS a week ago. And although they have had one extra day of preparation than the Stormers, they would have spent that sitting in a Dublin hotel, patiently waiting to see if they would be staying in Ireland for the week, or heading to the airport to catch a flight to Cape Town.

Although the Bulls conceded four tries against Leinster, the first of those was the result of a player slipping, while the fourth try came with the clock in the red and the result beyond doubt. Jake White's side defended aggressively and got up off the line quickly, not allowing Leinster to move the ball to space. Instead Leo Cullen's side were forced to carry, at which stage the Bulls contested relentlessly at the breakdown.

For a side predominantly known for their big, physical ball-carriers like Marcell Coetzee, Arno Botha, Elrigh Louw and Johan Grobbelaar, the Bulls are more than comfortable keeping the ball alive, and have thrown more offloads (231) than any other team in the competition.

Their growth during the season has also been recognised by Springboks head coach Jacques Nienaber with Coetzee, Louw, Ruan Nortje and Kurt-Lee Arendse all drafted into his squad for the upcoming Test series against Wales, all bar Coetzee being uncapped. 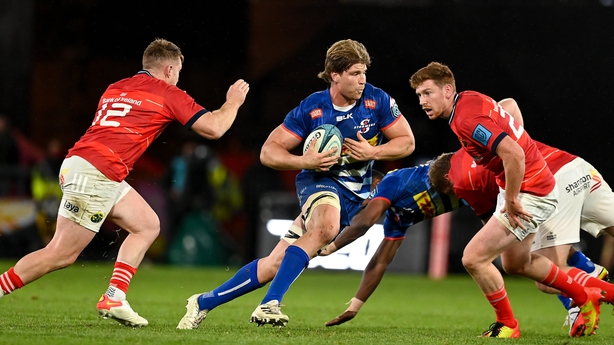 The 22-year-old has become the focal point of an attack that is incredibly difficult to stop when they have the ball - John Dobson's side have conceded 52 penalties in attack this season, fewer than any other team.

Just like the Bulls, the Stormers have a powerful pack of forwards, with Steven Kitshoff and Frans Malherbe both experienced Springbok World Cup winners, while Salmaan Moerat, Marvin Orie and Deon Fourie have all been included in the latest Springbok squad.

To match it, they have a number of exciting outside backs, Seabelo Senatla scoring nine tries in the regular season, however top tryscorer Leolin Zas will miss the game due to injury, replaced on the right wing by Sergeal Peterson.

However, if John Dobson's side have a weak link, it's possibly at out-half where 24-year-old Manie Libbok exudes both the good and bad of raw talent. Libbok was the hero of the semi-final against Ulster, with his touchline conversion in the final play of the game sending his side through to the final. However, the former Bull had endured a tough afternoon until that point, missing his two easier conversions, as well as a drop-goal attempt that was both poorly executed, and the wrong option at the time.

On the flip side, Bulls No 10 Chris Smith looked controlled and calm in their semi-final triumph in Dublin, while they could also call on the ageless Morne Steyn (below) to close the game out from the bench.

It could prove to be the difference. 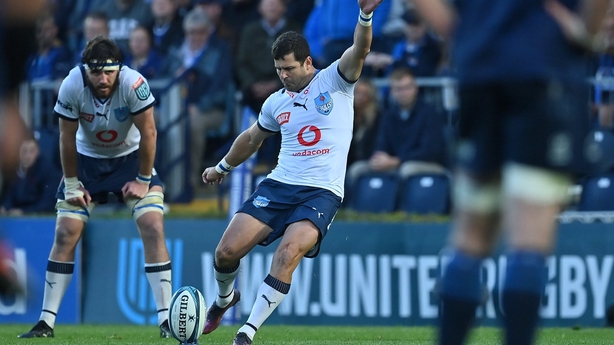 Jake White (Bulls Director of rugby): "It's been an incredible season in our first one participating in the United Rugby Championship. We have measured ourselves against some of the best sides and players in the world. So, to be able to play in the final is an incredible feat.

"We are up against a deserving and strong Stormers side that has shown throughout the season how competitive and hungry for success they are. We expect another tough challenge against a team we have not managed to beat this season." 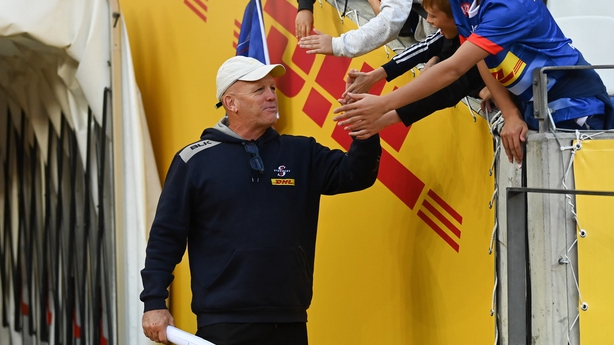 John Dobson (Stormers head coach, above): "We are up against our old rivals in a home final, so you can be sure we will be ready to give it everything we have and hopefully make our supporters proud.

"I was asked if this is the biggest game of my coaching career – for Jake (White) it's not, he coached and won a World Cup, I’ve got enormous respect. For us it feels like a privilege to coach against somebody of his stature. He’s coached all over the world."