Conor Murray couldn't take any pleasure in seeing provincial rivals Leinster beaten in the Champions Cup final but the success of two former Munster team-mates certainly brought a smile to his face.

The Ireland scrum-half played inside Ronan O’Gara for three years before the now-La Rochelle coach called time on his Munster career in 2013.

Donnacha Ryan, forwards coach with the newly crowned European champions, soldiered for 13 seasons with the Reds before moving to Racing 92 in 2017 to finish out his playing days.

"It was unbelievably impressive, even before this ROG has done an incredible job on his coaching pathway whether in France, New Zealand and back again," Murray said, referring to O’Gara’s earlier coaching stints at Racing 92 and with the Crusaders.

"He seems to have created an unbelievable culture down there, it was class seeing them - whether Leinster won or lost wasn't important to us, we went out in the quarter-final - but in terms of the Munster contingent in La Rochelle it was unbelievably impressive, to see the culture he's created down there.

"To see him lift a European trophy again was pretty special.

We need your consent to load this rte-player contentWe use rte-player to manage extra content that can set cookies on your device and collect data about your activity. Please review their details and accept them to load the content.Manage Preferences
"I'm happy for the way his coaching career has gone, he's taken it unbelievably seriously and has done it the hard way, he's learnt his trade, done his time and with Donners coming in.

"I'm sure it was an unbelievable challenge coming up against Leinster in a final like that, in a spectacle in Marseille and to come through you're delighted for the two lads, they deserve it."

O’Gara joined the French Top14 outfit, first as head coach under Jono Gibbes in 2019, before assuming the director of rugby role at the end of last season.

Ryan, who won 47 Ireland caps, joined up with his old mate O’Gara when his Racing contract finished last year.

Murray, whose side face a URC quarter-final against Ulster in Belfast tomorrow evening (7.35pm), said he was not surprised that the pair have found success as coaches. 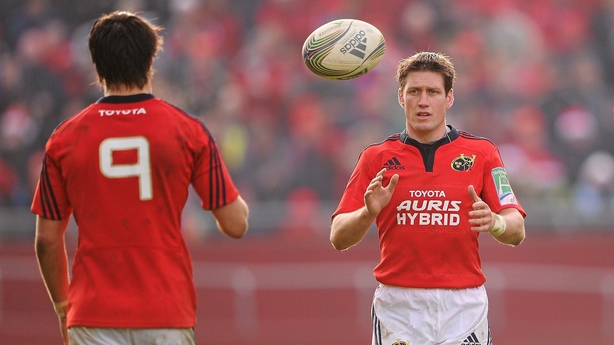 "ROG demanded high standards when you were playing with him; but you've seen it in French rugby of late; they're way more structured and still have that flair," added the 33-year-old.

"The structure of their game is a lot tighter and that allows them to really be involved at the latter end of competitions, semi-finals and finals.

"I know Donners is like that as well as a player and a coach, he was unbelievably diligent and his homework; he'd be in the training centre until 5 or 6 at night, reviewing opposition lineouts and things like that. 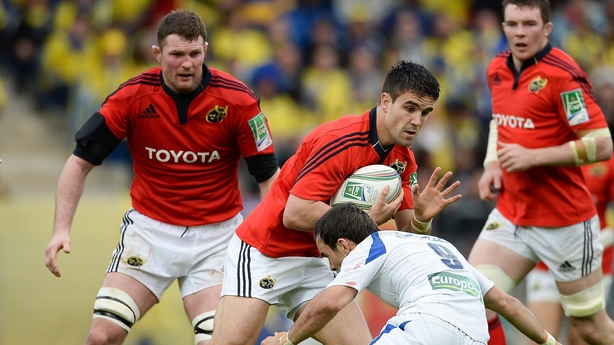 "It's no surprise to see the effect the two lads have had on a very talented La Rochelle side.

"He's turned them into winners, in terms of big games - semi-finals and finals - it does turn a little bit into Test rugby.

Munster beat Dan McFarland's Ulster in the Kingspan Stadium during the regular season in April, but all sides admit that, coming just a few days after an agonising European loss to Toulouse, Ulster were not firing on all cylinders.

Keith Earls goes over for his side's second try in Belfast as Munster take a commanding 15-3 lead over Ulster at half-time. pic.twitter.com/blprs58gw6

"There was probably a little bit of an 'off’ atmosphere when we went up there the last time, that's probably due to the hype from their European game the week before and turning up again the week after is always going to be a challenge," added Murray.

"But they've had that time to settle down after their European disappointment, this is knockout rugby and you've got a chance to still win a trophy at the end of the year.

"Both teams' focus will fully be on the URC this Friday night, they'll be looking to beat us obviously and you'd imagine they'll be a little bit sharper than the last day and it required us to be pretty good to get the result.

"There'll be something a little bit more about them this weekend, they'll be focused and we're under no illusions it'll be a tough place to go."