Jordi Murphy says there would be "no better birthday present" than for Ulster to take a step closer towards a top two finish in the United Rugby Championship tonight.

The Ulster flanker turns 31 today, and returns to the starting team this evening for their crucial interpro with Munster at Kingspan Stadium.

Dan McFarland's side come into the week second in the URC table, but with with all three of their remaining regular season games against sides in playoff contention, a home quarter-final is far from guaranteed.

However, a win against fourth-placed Munster would go a long way towards securing a top-four finish, ahead of their final two matches against Edinburgh and the Sharks.

"We could get a home quarter-final and home semi-final advantage, you can't ask for any more," Murphy says, as they begin their difficult run in against Munster this evening.

"We’re playing teams that are there or thereabouts at the top of the table, not struggling behind. Everyone is in the hunt.

"Every weekend is a huge test, and we’ve got a lot to bounce back from. Munster are on a high after their big win, so hopefully it’ll be a good battle."

The 30-cap Ireland international has played just six times for the province this season, having been sidelined for close to seven months due to consecutive foot and knee injuries. 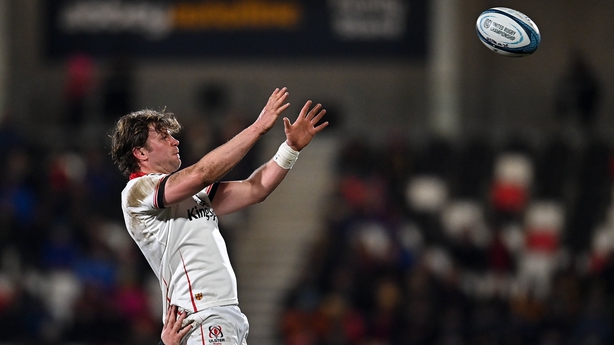 However, since returning in March, he's been a consistent presence in Dan McFarland's squad, coming off the bench in each leg of their Heineken Champions Cup tie with Toulouse.

"It was one of these things, I picked up a foot issue in pre-season and that had me out for the guts of seven or eight weeks," he says of the initial injury.

"I was ready, back to play, and tweaked my knee in training a couple pf days before my first game back, and unfortunately that needed to be cleaned up. I ended up being out for six months. I've been lucky enough in my career that it hasn't happened too often.

"It was very difficult at the time, especially when I thought I was back, and then I had a setback which had nothing to do with my foot, it was completely separate.

"We just haven't got there yet. I don't see anything missing, the squad has gone from strength to strength in the last few years and I'm glad to be a part of it."

"It makes you reflect, I’m only 30 but you’re getting to the point where if you’re missing six months of the season, you’re thinking 'Jeez, do I have that many seasons left in me?’.

"You’re trying to be involved as much as possible. You always want to be part of that. I’m just delighted to be back, and can hopefully stay fit for the foreseeable future."

This season is Murphy's fourth since joining from Leinster in 2018, and while the province have put themselves back in contention for a title, they're still waiting 16 years for a trophy, dating back to the Celtic League of 2006.

Murphy is one of several of signings in recent years who have arrived with a winning pedigree, having lifted three PRO12/14 titles and a Heineken Champions Cup with Leinster (below), not to mention being part of three Six Nations successes with Ireland. 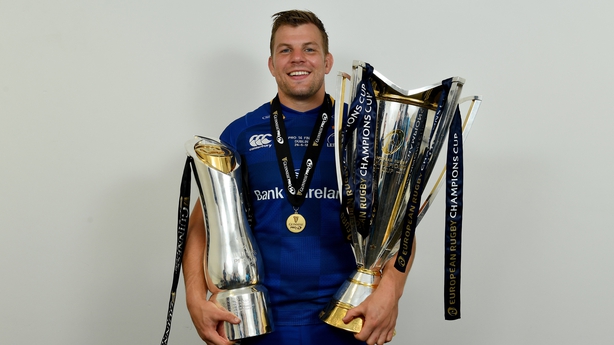 Lat week's defeat to Toulouse means it's all eyes on the URC for the remainder of the campaign, and Murphy says the difference between winning and losing is in the fine margins.

"I don't think there's anything missing. We’re knocking on the door, but just coming up against really top sides. That’s where we feel we should be, and we’re getting to play against those teams, and putting ourselves in positions where we can contest in these knockout games.

"We just haven’t got there yet. I don't see anything missing, the squad has gone from strength to strength in the last few years and I'm glad to be a part of it.

"If we’re critical and look back at the game [against Toulouse] there are a coupe of occasions where there were small lapses of concentration, things like that. In games against the very top sides, especially a game that’s 160 minutes, you need to be on for the whole 160.

"There’s plenty of things that could have happened if certain things had gone our way, or if we cleaned up one or two things. It’s hard to go back and fix something that’s already happened.

"Going forward, we’re always talking about 80-minute performances. If we can do that we’ll be in the right place." 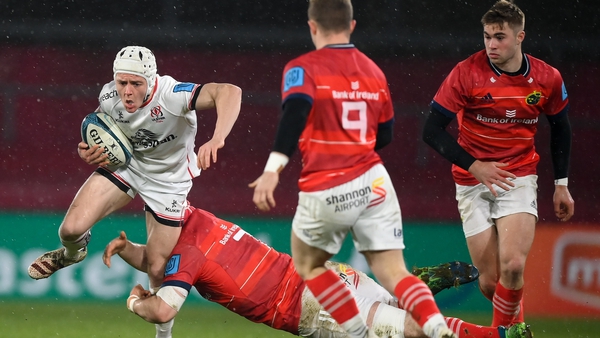