Munster head coach Johann van Graan admits he may have to rotate his squad over the next two URC games, despite the province being in a tight battle to secure a home quarter-final.

Van Graan's side face one of their most crucial league matches of the season this Friday night, as they take on Ulster at Kingspan Stadium (live on RTÉ2 and RTÉ Player).

While Leinster have pulled clear at the top of the table, the remaining sides in the play-off spots are closely bunched, with just two wins separating Ulster in second from the Bulls in eighth.

And with so many of the top sides facing each other this weekend, Friday night's fixture will have a huge say on whether or not Munster are at home or away in the quarter-finals.

While a win against Ulster could see them climb up to second, defeat at Kingspan Stadium could see them fall as far as eighth, depending on results elsewhere. 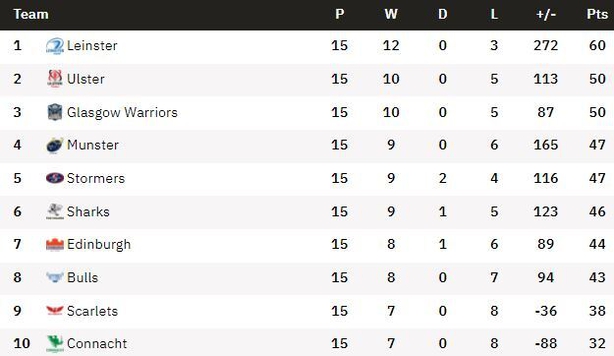 "We're under no illusions as to what we have to do in Belfast on Friday night and it's a team that's been playing very good rugby over the last couple of months," said Van Graan.

As things stand, Munster hold one of the four home quarter-final spots with three games left to play, but the Bulls, Edinburgh, Sharks and Stormers are all breathing down their necks, and capable of leapfrogging the province this weekend.

"That's what the URC needed, in terms of competition," Van Graan added.

"The South African teams are bringing that. There's a log-jam from positions two to eight at this stage, so every point you can gather every week is important. There are three round to go, and it'll be tight until the end."

It's just over five years to the day since Munster last won a derby against Ulster in Belfast, while they needed a second-half comeback to narrowly win the earlier meeting between the sides this season at Thomond Park.

Munster produced arguably their best performance of the season in dispatching Exeter Chiefs 26-10 on Saturday in the last 16 of the Heineken Champions Cup.

And while Ulster fell to an agonising aggregate defeat to Toulouse, Dan McFarland's side were just one point worse off than the defending champions across their two games.

"They're an all-round side," the Munster boss said, when asked about Ulster.

"Their maul is currently one of the very best in the game, they maul the ball exceptionally well. Their kicking game off nine and 10, they vary it so well, they really put you under pressure, just look at the Toulouse game to see good examples of that."

Munster will once again be without Ireland internationals Andrew Conway, Dave Kilcoyne and Tadhg Beirne for the trip to Belfast, with the trio yet to feature since suffering injuries at the end of the Six Nations. 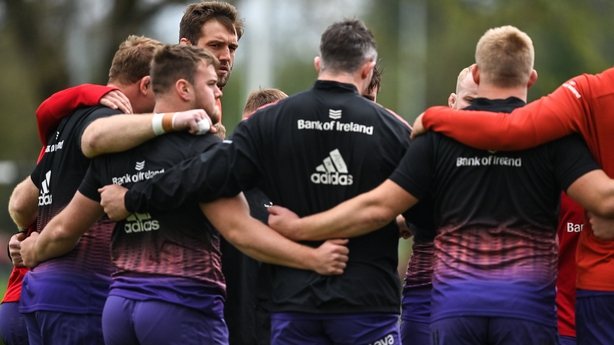 And with a Champions Cup quarter-final to come against Toulouse in just under three weeks, as well as a trip to face Leinster at the Aviva Stadium in May, Van Graan concedes he may need to monitor the game time of his other international players across the next two weekends.

"We'll look after the players week-on-week, we've still got a lot of bumps and bruises. That was one of the more physical games we've been involved in over the years, similar to the other Exeter one at Thomond Park three years ago. We'll wait on a few guys.

"In terms of national players, we'll look after them as the weeks go. We're on a long run of games, the Dragons game, going to South Africa. We'll have to look at squad rotation over the coming weeks. We've got these two games, Ulster and Cardiff, then Toulouse. There's a potential semi-final after that, then we have Leinster in the Aviva, and then if you make it to the knock-out games to go.

"There's still a long run of games so we'll look after our squad." 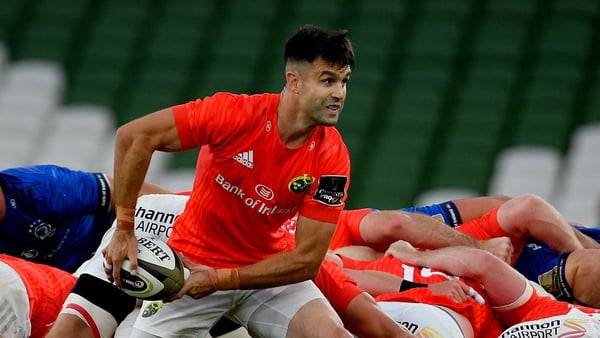