Dan McFarland has warned that Ulster's famous win away to Toulouse on Saturday will count for very little unless they can back it up this weekend.

The 1999 champions will bring a six-point lead back to Kingspan Stadium for this Saturday's return tie, after a 26-20 win at Stadium de Toulouse.

Victory away to the defending champions was a further sign of progress for McFarland's side, who have now also won away to Clermont and Leinster this season.

Should they advance to the last eight, it would be a third Champions Cup quarter final in four seasons for the province since the Englishman took charge in 2018.

And while he says his side have been consistently challenging the best teams in recent years, their job against Toulouse is only half done.

"We've been competing for trophies for the last number of years, playing quarter-finals, semi-finals and finals every year in the last few years. We’re playing the European and Top14 champions, it’s a huge ask.

"If we were to make it through to the quarter final, that will be a notable achievement, but we’ve done nothing yet. We have to focus on the match at the weekend, and it will take all of our focus, and all of our abilities to get through Toulouse."

The Ulster coach (below) also admitted that he's not a fan of the new Champions Cup format, which has seen the introduction of a two-legged Round of 16 at the expense of two pool matches. 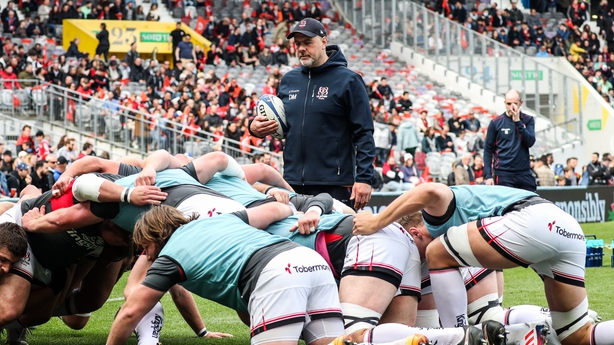 McFarland says the lack of finality to the contests is something he doesn't enjoy.

"I quite like the idea of six pool games, and then one knockout match.

"I get it, it does add an interesting dynamic but I read another coach saying the feeling at the end of the game is an 'odd' one. You don’t have the normal elation or despondency you would normally have, so it's very different.

"Whether I don’t like it as much because it’s different, and we’re adverse to a bit of change, or the fact that I prefer to know whether you’re a winner or lose at the end of 80 minutes, I’m not sure."

And while Ulster have a healthy six point lead on aggregate heading into this Saturday's return tie, they were beaten by seven when Ugo Mola's side last visited Belfast in Round 1 of the 2020/21 pool stage.

"In terms of the magnitude of the task, they’re the European champions, the Top14 champions, we played a helter-skelter game against them last week in which we both did some good stuff.

"We ended up winning but I imagine this week will be equally tough and potentially tougher.

"The last time we played them here we narrowly lost. We played very well, but they snuck in with a couple of miracle plays from the best player in the world (Antoine Dupont) and a guy called Cheslin Kolbe.

"The task is huge, but the reward is huge as well. We’ll be ready for it."

Meanwhile Stewart Moore is the latest player to commit his future to the Ulster men with an early extension to his senior contract, bringing him up until at least the summer of 2025.

The versatile back follows Robert Baloucoune in signing a new contract this week. 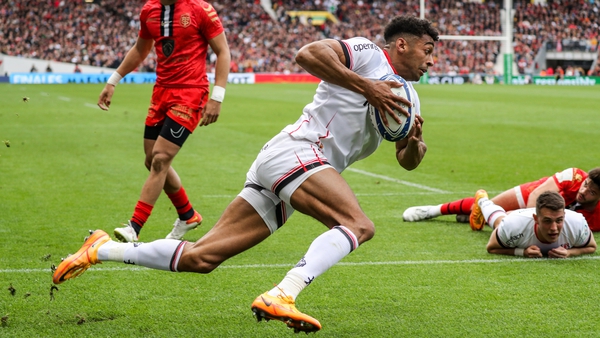