The Australian says his side have "nothing to lose" in what will be the province's first ever Champions Cup knockout game.

In a boost, Friend has more than 40 players fit and available for the first leg this Friday.

Loosehead Denis Buckley and hooker Shane Delahunt are both ruled out through injury, while Tom Daly is suspended following his red card against the same opposition 10 days ago in the URC.

The centre will be available for the return leg at the Aviva Stadium, while Buckley could also be in contention to be fit for that, with the 31-year-old currently nursing a calf injury.

Bundee Aki is also set to return to the Connacht side this week for the first time since January, while Mack Hansen, Jack Carty and Finlay Bealham made their comebacks from Six Nations duty in Saturday's 21-17 victory away to Benetton in Italy.

The western province will in all likelihood need their two best performances of the season to see off Leinster across the two legs, although Friend concedes they are only thinking of this Friday's first game for now.

With the province in their first ever Champions Cup knockout game, capacity at the Sportsground has been raised to 8,129, which is expected to be fully sold-out by Friday night.

And Friend says this week has been as exciting as any he's experienced since he landed in Ireland in 2018.

"It is, without a doubt. It is a special week.

"It's the first time that Connacht has ever been in the knockout stages. It’s Leinster, we know them well and they know us well. It’s the Sportsground with a packed house, a sell-out crowd.

"These are the weeks that you live for and the games that players and coaches want to be involved."

"There is a good buzz but at the same time it’s not a giddy buzz. People know there is a job to be done.

"We had two very good days of training and we’re training again now. We have a day off tomorrow [Wednesday] with preparation on Thursday so there is a good feel without it being too happy, too loose, or too tense. It feels just right at the moment," he said.

Friday's game will be the second of three games between the sides in the space of four weeks, with Leinster having won 45-8 at the Sportsground in the United Rugby Championship last month.

However, although Leinster's line-up with be largely unrecognisable from that day due to the addition of their Ireland internationals, the Connacht coach believes there is still plenty they can analyse from their previous meeting.

"You watch at the weekend and they bring on Cian Healy, Sheehan and Furlong. It’s a pretty solid bench that they are bringing on so you know that the 23 that they are picking are going to be very good.

"The 23 that we played against here a few weeks ago were all quality players and it was still Leinster. And Leinster play a certain way.

"They are a very well-drilled side and that is a compliment to the coaching staff and to the players there. So we are playing another version of Leinster. Same jerseys, probably a few different blokes, it’s going to be tough but we also know that we have got nothing to lose and they have everything to [lose].

"All the pressure is on them in our eyes and we can get stuck in from the off and we should make a decent fight of it," the Australian added. 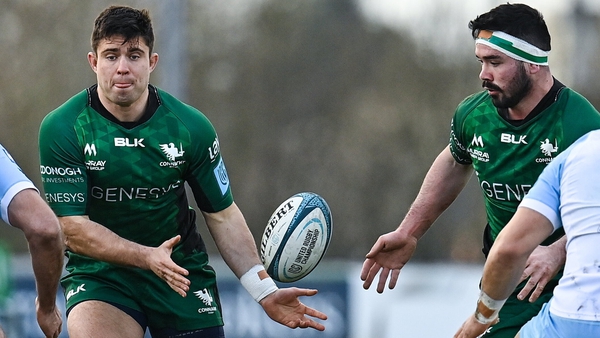 Connacht will 'stick to what we're good at' - Heffernan