Jordan Larmour says it's "unlikely" he'll be fit for Leinster's Heineken Champions Cup Round of 16 double-header with Connacht, but is hopeful of making his return from injury for the tour of South Africa later in April.

The 24-year-old suffered a hip injury during Leinster's 61-17 win away to Benetton earlier this month, and has recently stepped up his rehab in training.

However, the wing believes the home and away ties with Connacht might just come too soon for him.

"We're not soo sure at the moment, we’re taking it week by week," he said, at the launch of the Bank of Ireland Leinster Rugby Summer Camps.

"Potentially at the moment, I might be missing them, but if the hip flexor turns a corner quickly and I can get up to top speed and change direction there might be a small opportunity.

"At the moment it’s unlikely, but we’re kind of taking it day by day, week by week and seeing how it’s reacting to the rehab."

Leo Cullen's side will depart for South Africa straight after their Champions Cup second leg with Connacht on Easter weekend, with a two-game tour of the Rainbow Nation against the Sharks in Durban and the Stormers in Cape Town on 23 and 30 April, which Larmour believes could be a more realistic window for his return. 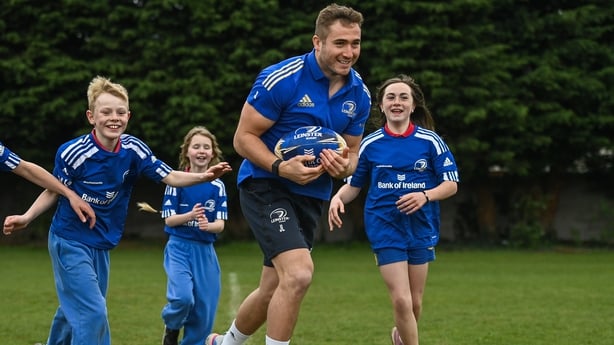 "Sort of back running last week, and I was sprinting a bit yesterday," he said of his step-up in rehab.

"That tour would be really cool to get on, that’s kind of what I’m aiming for at the moment."

The injury hit Larmour at a frustrating time, with the 30-cap Ireland international having hit excellent form in recent months, scoring five tries in his last six games, including one against Benetton prior to his injury.

"It can be tough, but I think it is important just to not overthink it too much, focus on what you're trying to do, and the process, you need to stick to the process to get back playing. Whether it’s staying focused on my rehab, picking up a few extra skills where I can to keep it sharp, and then when you get back playing you have to take those opportunities.

And while he hadn't featured for Ireland in their opening three games of the Six Nations, the injury denied him the chance of impressing head coach Andy Farrell any further, as the likes of Andrew Conway, Mack Hansen and James Lowe excelled for Ireland in the final two matches.

Larmour says experience has taught him how to deal with that helplessness, but admits it's not always easy to park those frustrations.

"I think it can be hard to do, you see what everyone else is doing and you’re sitting on the sidelines thinking 'I wish I was out there, doing that’.

"It can be tough, but I think it is important just to not overthink it too much, focus on what you’re trying to do, and the process, you need to stick to the process to get back playing.

"Whether it’s staying focused on my rehab, picking up a few extra skills where I can to keep it sharp, and then when you get back playing you have to take those opportunities.

"You see what other people are doing and it might give you a kick up a bot of a kick up the a**e for when you get back playing, and you want to show yourself you can do that too.

"It's just an annoying time to pick up an injury, but that’s the way it goes. It is what it is, all I can do is just try get back playing a quick as possible," he added. 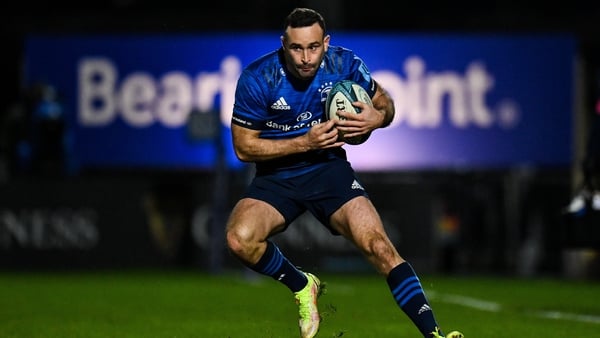 Leinster's Dave Kearney ruled out for months with hamstring injury