Connacht moved into sixth place in the United Rugby Championship following a hard-fought comeback victory over the Stormers at a breezy Sportsground.

The Irish province were ten points behind with 20 minutes remaining but ill-discipline by their South African opponents proved costly with Connacht scoring twice when the Stormers were down a man on each occasion.

Connacht dominated the opening quarter but it was the Stormers who struck the first blow.

A scrum penalty after 15 minutes put the South African side in Connacht territory for the first time and a powerful 20-metre lineout maul saw them rumble into the 22.

Deon Fourie and Evan Roos brought the Stormers even closer to the line before Herschel Jantjies fed his backline with Damian Willemse's pass seeing Sergeal Petersen over for their first try.

Connacht were soon back into the game with Peter Sullivan and then Tom Daly nearly crossing but it took Paul Boyle's power after a couple of tap penalties to level the game, with Conor Fitzgerald’s straightforward conversion seeing the hosts into a 7-5 lead.

That advantage was short-lived with Petersen taking advantage of hesitancy in the Connacht defence. Roos then carried with power before Willemse burrowed his way over to put his side 10-7 ahead at the break.

Things got even better for the Stormers early in the second half when a Kieran Marmion knock-on was seized upon by Manie Libbok and he ran all of 65 metres to score their third try which was also converted to stretch the lead to ten points.

Daly got Connacht back into the game with the Stormers down to 14 after Petersen’s sin-binning for a deliberate knock-on.

Substitute scrum-half Caolin Blade sniped down the blindside for the initial break and fellow replacement Conor Oliver and Fitzgerald produced stunning offloads which saw Daly in under the posts. Fitzgerald added the extras to cut the Stormers lead to three.

With the Stormers down to 14 again after Ruhan Nel’s sin-bin for a high shot on Fitzgerald, the home side were clinical in attack after Alex Wootton’s offload to Sullivan secured their third try that sealed a stunning victory. 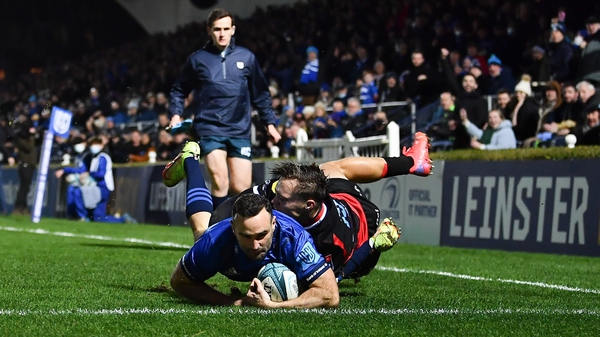