Cian Healy looks set to continue playing until the next Rugby World Cup after agreeing a new contract to remain at Leinster.

The 34-year-old prop's central contract with the IRFU had been due to expire this summer after he agreed a 12-month extension in 2021, but Andrew Porter's promotion to a national deal has seemingly taken Healy's place, and he will now return to provincial terms.

Leinster have not revealed the length of his new contract, but even a one-year deal would bring Healy up to the summer of 2023 and just before next year's World Cup in France.

Despite Porter also taking Healy's starting position at loosehead for province and country, the 114-cap veteran has remained a regular in Andy Farrell's matchday squads, coming off the bench in Ireland's last five games.

Jamison Gibson-Park has also agreed a new deal to remain at Leinster.

The Ireland international, who turns 30 tomorrow, has won four league titles and a Champions Cup since joining from the Hurricanes in 2016.

The New Zealand-born scrum-half became Irish-qualified in 2019 before making his debut just over a year later, and has overtaken long-time starter Conor Murray in the depth chart in the last 12 months.

There was also a contract renewal for tighthead prop Vakh Abdaladze.

The former Ireland U20 international made his Champions Cup debut in January's Pool A win against Bath, and has played 16 times since being recruited through the academy in 2017. 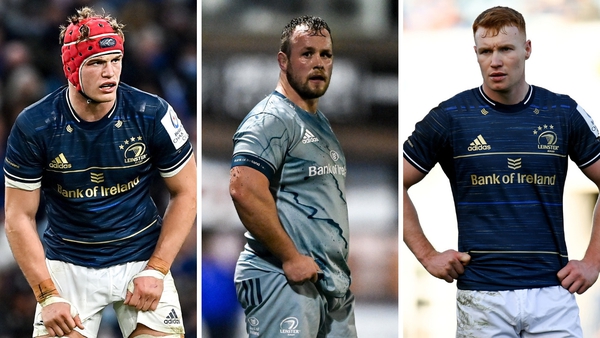