The Ireland international follows Andrew Porter in stepping up to an IRFU central contract from his previous provincial deal and will remain at Munster until the summer of 2025.

Beirne has become one of Ireland's most important players in the last two seasons, while he has also captained Munster for the first time last month in the United Rugby Championship win against Ulster at Thomond Park.

The British and Irish Lion was a late bloomer having been released by Leinster at the age of 24, but a move to Scarlets saw him make his big breakthrough, playing a starring role in their Pro14 success in 2017.

"I think so, he's been playing exceptionally well for us.

"And like I said, he offers a lot of leadership around the place and that's only going to improve."

Larkham (below) won't be around to see how Beirne develops further, with the Australian departing Munster at the end of this season. 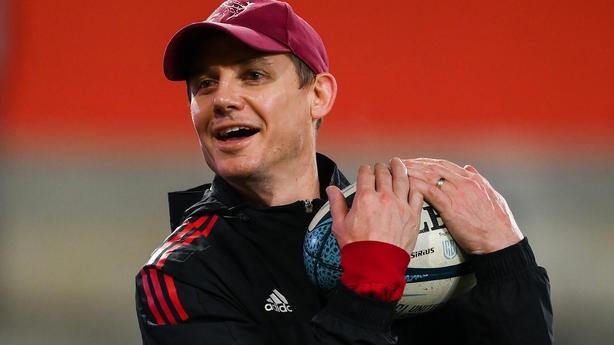 However, having worked with the versatile forward since 2019, he says he's been consistently impressed by Beirne's steady improvement.

"He understands the game exceptionally well, he's got really good skills and he shows tremendous leadership.

"He has a thirst for improvement, both as a team and individually. He's been a pleasure to work with. You don't get many guys like that who are top of their game and hungry to get better," Larkham added.

Those thoughts were echoed by Beirne's teammate Simon Zebo.

Zebo and Beirne were ships in the night in 2018, when the Corkman departed for Racing 92 just as the then-Scarlet was making the move to Limerick.

But having played against him both for Munster and Racing 92, he says the Kildare man's broad skillset sets him apart from the average loose forward.

"He's exactly what I expected. Probably even more impressed now having been around him so much now in the last few months.

"He’s an incredible athlete, incredible over the ball. His attacking, his lines of running. Everything. He ticks every box for a second-row and back-row.

"I suppose the most impressive thing about him would be his skills. His off-loading and passing ability. He’s a real smart rugby player. You saw at the weekend he puts in a 50-22 kick.

"He’s got the full package and his contract is very well-deserved. And it’s good for Munster too so happy days," Zebo said. 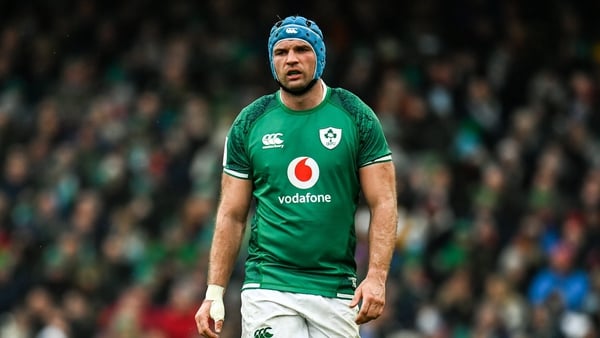 Tadhg Beirne signs IRFU deal to stay in Ireland until 2025