Leinster centre Ciarán Frawley has been ruled out of action for four to six weeks with a facial injury.

The 24-year-old was injured during the side's United Rugby Championship win over Edinburgh on Friday night.

"Sadly, Ciarán Frawley sustained a facial injury in the first half against Edinburgh and had a procedure over the weekend," the province said.

"He will be unavailable for four to six weeks."

The player who collided with Frawley, Connor Boyle, was yellow-carded for the tackle. 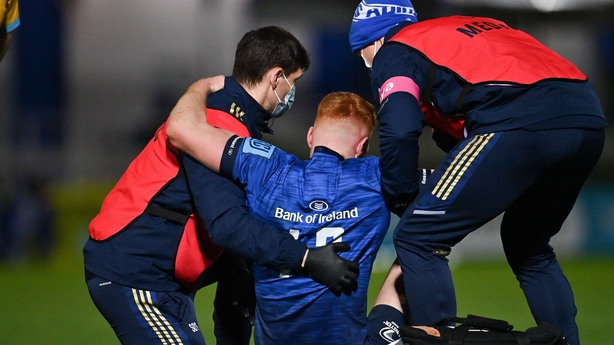 Ireland wing James Lowe has returned to training following a hamstring injury sustained just prior to the Six Nations.

There was also good news for Josh Murphy and Dave Kearney, who came through their returns from injury against Edinburgh without any issue and are available for Saturday's game at home to Ospreys (5pm).

Rhys Ruddock, who missed the game with a minor quad injury, will be further assessed this week before a decision is made on his availability.

Jimmy O'Brien (calf) will also be further assessed this week.

Leo Cullen will also be boosted by the return of Cian Healy, Ryan Baird and Jordan Larmour this weekend as the trio are released from Ireland camp for the fixture. 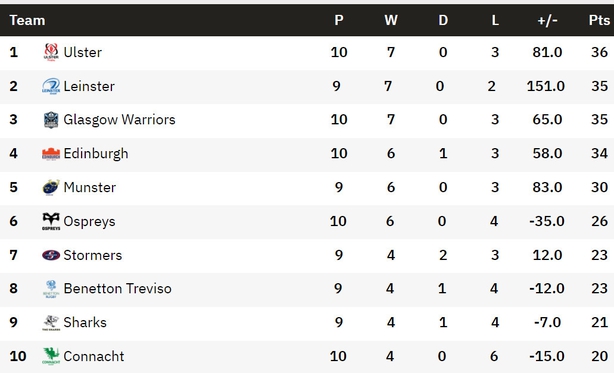