Leinster head coach Leo Cullen praised the attitude of his players following their 26-7 win against Edinburgh in the United Rugby Championship, but warned they will have "plenty to work on" ahead of the visit of Ospreys next week.

The bonus point win sees them leapfrog the visitors into second place in the URC table, after what is the first of three home games in a row, with the Ospreys and Lions to visit the RDS in the next two weeks.

Leinster survived slow starts to both the first and second half, but their squad depth proved too much for the Scottish side, who were without more than 20 players due to international call-ups and injury.

"It's a pleasing outcome for sure, a lot of parts of the performance is to be expected really," said Cullen after the game.

"We've a group here that were just working away, limited numbers, some young guys coming in that I thought did really well.

"The effort was outstanding, it's just about being bit more accurate with the execution. The attitude is the big thing, making sure we bring that attitude the whole time.

"Some good stuff today, but plenty to work on."

It could have been a much different game had Edinburgh not been so wasteful in the early stages of each half, dominating the opening quarter of each only to come away empty handed each time. 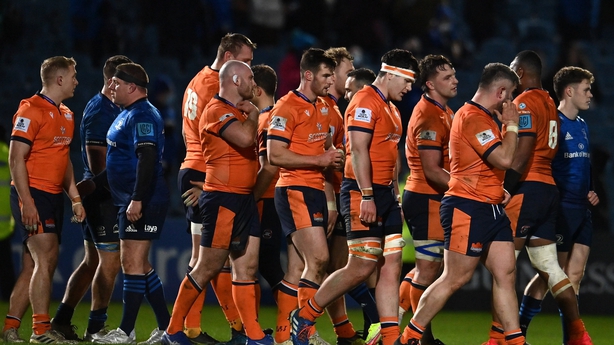 However, the head coach knows they will need to step up further when the Ospreys visit Dublin next Saturday, with the Welsh side well rested having not played this weekend.

"We had a lot of pressure in Cardiff where we weren't that accurate in terms of capitalising on some of the opportunities we were creating, so it was definitely better today. There's still some execution at set-pieces we can get better at.

"Edinburgh are missing a good chunk of players away with Scotland. Ospreys are probably less effected than Edinburgh would be, that's something we need to be conscious of next week. They would have a decent lead-in in terms of prep time."

The big concern from a Leinster point of view was the sight of Ciarán Frawley being taken off with a head injury inside the first quarter, after the centre clashed heads with Edinburgh's Connor Boyle, who was given a yellow card by referee Adam Jones.

Cullen says the versatile midfield player will be assessed in the coming days.

"He has a crack, he got a bang on his cheek. We'll see how bad it is, we'll find out over the weekend.

"Not too bad otherwise today. Rhys (Ruddock) had a tight quad from the team run yesterday and that call was made earlier on.

"This is game one of a block of five, so even the likes of Jimmy O'Brien should come back into the mix next week. We'll see how guys dust themselves down from Monday and put a plan together."

Follow all of Ireland's Six Nations games via our live blogs on rte.ie/sport and on the RTÉ News App or listen to live radio coverage on RTÉ Radio 1. Watch live TV coverage of Wales v Scotland (12 February, 2.15pm) on RTÉ2 and the RTÉ Player. 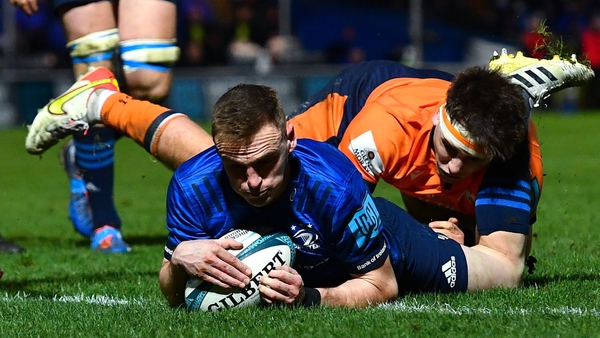