Ireland flanker Will Connors is set for another spell on the sidelines after Leinster confirmed that back row sustained knee ligament damage during their defeat to Cardiff in January.

The URC champions said the 25-year-old would be out for "eight to 10 weeks".

Connors, who won nine Ireland caps since making his debut in October 2020, was out injured for eight months last year with a knee injury before damaging his hamstring upon his return to action in December.

Dave Kearney (back) and Josh Murphy (chest) have returned to training ahead of Friday night's United Rugby Championship meeting with leaders Edinburgh at the RDS (6pm, live on RTÉ).

Joe McCarthy, who injured his shoulder in the loss to Cardiff, will be assessed later in the week.

Assistant coach Felipe Contepomi said he has no doubts that Connors will get back to his best.

"It is a setback but knowing his personality, I know he is very resilient," he told RTÉ Sport.

"I'm sure he’ll come back stronger. It’s part of the job. It was nothing, I don't know how he got injured.

"Sportspeople, especially in rugby, a contact sport [get these things]. 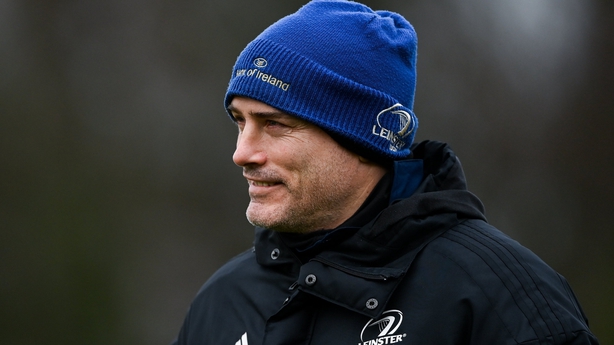 Leinster welcome Edinburgh to Dublin 4 on Friday from the unusual position of fourth place in the table after playing eight games and losing twice.

"It doesn't change our approach," said the Argentinean. "We try to take the learnings. Sometimes when you lose, you feel like you take even more learnings.

"Maybe on the outside people think that if we keep winning it's all rosy. For us, we never saw it like that." 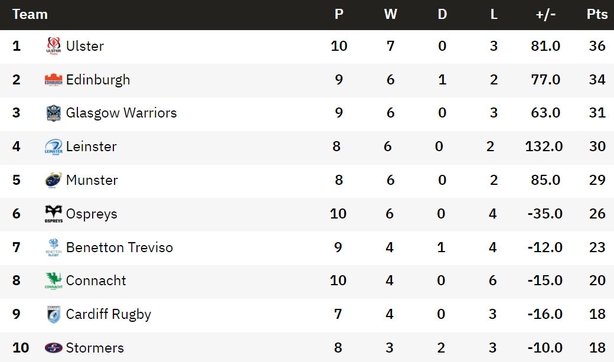 Asked about how Edinburgh compare this season under new head coach Mike Blair, Contepomi said: "Definitely a change of style and a they are very good in attack and defence.

"They've got very goods structure and a good philosophy.

"They are very well coached, they are exciting to watch. Weather-permitting, it will be a good game on Friday."