It's a common refrain from those left out of Ireland squads, but Fineen Wycherley aims to impress Andy Farrell by getting stuck in with Munster during the international window.

Capped against the USA in the summer, 24-year-old Wycherley missed out on selection this time around with Ulster’s Kieran Treadwell, whose last cap came in 2017, seemingly jumping the queue as back-up to regular second row squad members James Ryan, Tadhg Beirne, Ryan Baird and Iain Henderson.

Ireland have just decamped to Portugal for a warm-weather training camp ahead of next Saturday’s opening Guinness Six Nations tie at home to Wales, while Munster face Zebre in Italy tomorrow before meetings with Glasgow, Edinburgh, Dragons, Bulls and Lions, with the last two dates to be confirmed. 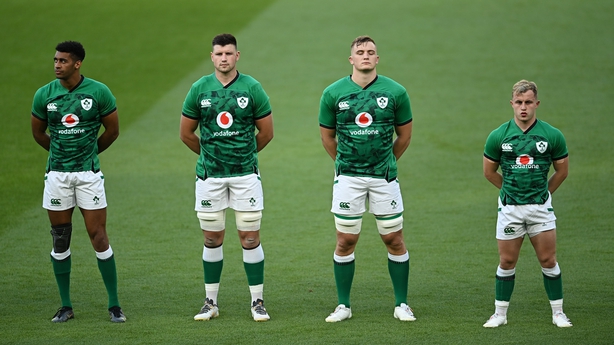 "I’ve talked to Paul [O’Connell, Ireland forwards coach] about it," said the Bantry man when asked about getting feedback from the Irish management.

"I suppose from my side, I think I was happy with the Connacht game and the way the Ulster game went but, for me, I didn’t get into the game too well against Castres.

"I think that was one of the main factors.

"For me, it is just trying to progress now, improve in all areas.

"Unfortunately, with the whole Covid crisis and the South Africa thing, I have missed out on a few opportunities.

"I am slowly getting into the rhythm of things, playing Connacht and playing Ulster, playing the Castres game away and then the game at the weekend coming off the bench, I was quite happy with that.

"I’m just going to try keep building over the next few weeks and hopefully put my hand up again to get an opportunity if it comes.

"For me it’s about concentrating on getting better, playing well for Munster and hopefully my opportunities will come with the international team as long as I play well with Munster in the next couple of weeks and put my hand up as best I can. 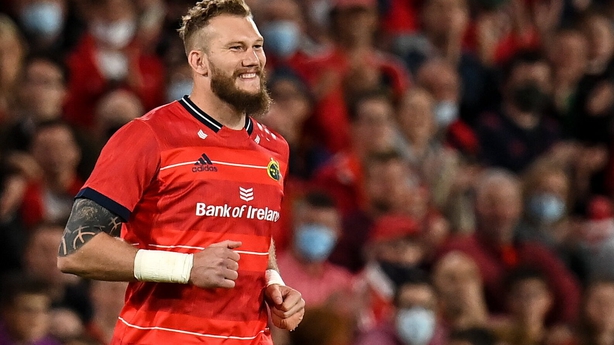 Wycherley has been denied the chance to work alongside World Cup-winning lock RG Snyman as the South African remains sidelined with another knee injury.

The lock, who turns 27 on Saturday, has made just four appearances since arriving in 2020 but signed a new two-year deal with Munster in the New Year, and the former Cistercian College pupil is looking forward to playing with the Springbok.

"Unfortunately, he hasn’t trained with us too often," he added.

"Obviously, he has been very unlucky with injuries but he’s a great character off the pitch. In fairness, he’s good auld craic around the building and he adds in different ways.

"When he was back, obviously learning from him on the pitch but he didn’t get to stay on the pitch too long but looking to whenever he gets back, I can pick his brain a bit more and pick up things."