Ulster will likely have to do without John Cooney and Stuart McCloskey for another week, although they could return for February's rearranged Interpro derby with Connacht.

McCloskey hasn't played since mid-December due to a hamstring injury, while Cooney hurt his calf earlier this month in their defeat to Munster at Thomond Park.

Both players missed the Heineken Champions Cup wins against Northampton and Clermont, and while they could be fit for the visit of Connacht on 4 February, head coach Dan McFarland says he doesn't expect them to play in this Friday's United Rugby Championship meeting with Scarlets.

"Stu (McCloskey) and John (Cooney) are progressing but we won't know whether they'll be available, they're unlikely to be available this week I would think but very possibly the following week," McFarland said.

With McCloskey, Cooney, Jacob Stockdale and Stewart Moore among a lengthy injury list, as well as the international call-ups to Rob Baloucoune, Mike Lowry and James Hume, it leaves Ulster quite short on backline players, with McFarland expected to dip into his academy in the next couple of weeks.

"We're not far off having to be creative, particularly in the backs at the moment with guys doing so well (on international duty) and so many long term injured, but you won't see that this weekend, having people playing out of position.

"In terms of the forwards we're in a pretty good place - touch wood - the guys who've been on good form and playing well and there will be a big onus on them going into this block of games to continue their strong form," he added.

It was also confirmed today that hooker Brad Roberts (below) would depart the province at the end of the season, with the 26-year-old signing a long term deal at Welsh side Dragons. 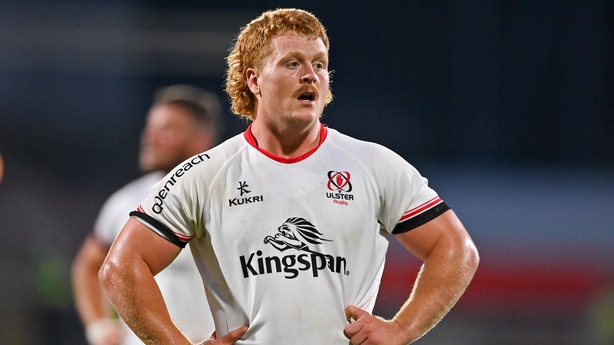 Roberts made his Welsh debut last November, with the Durban native qualifying through his paternal grandmother.

McFarland says while they are disappointed to lose Roberts, the WRU selection policy for overseas players means they fully understand his reasons for departing.

"Brad wanted to represent Wales and I totally understand that," the head coach said.

"If he wants to continue his ambitions he has to play in Wales. For us, the emphasis is on guys who qualify for Ireland, we already have one Ireland hooker so we're looking for guys coming through.

"Brad's done a great job, starting with Rainey Old Boys and joining us when we had some injuries, and really grasping his opportunities, and throwing himself fully into the club. He's an Ulster player for the rest of the season so I'm sure he'll have a big part to play."

He also confirmed Roberts' departure means they will be in the market for an extra-hooking option this summer.

"We'll be looking to put a fourth senior hooker in there. It's too risky to go with three hookers, so we'll be looking for somebody who is Irish qualified for that last spot."