Iain Henderson is a doubt for the start of the Six Nations, with Ulster confirming he is expected to be sidelined with an ankle injury for "a number of weeks".

The Ulster captain suffered the injury in the second half of his side's 27-22 win against Northampton Saints last Friday, having missed their previous three games due to a hamstring issue.

And with Ireland's Six Nations opener against Wales just over six weeks away, it leaves Henderson touch and go to be for for the start of the championship.

In a further blow, centre Stuart McCloskey will also miss the upcoming Interpro games due to a hamstring problem.

Like Henderson, the 29-year-old limped out of the win against Northampton, and is expected to miss "a number of weeks".

However, in better news for the province, Ireland internationals Tom O'Toole and James Hume, as well as Matty Rea have all agreed two-year contract extensions.

O'Toole and Hume earned their first Ireland caps last summer in the win against USA, with the former picking up a second cap in Ireland's win against Argentina in November.

"It is great that Matty, James and Tom have bought into what we are trying to achieve as a club and, because of this, are prepared to further commit themselves to the province," said head coach Dan McFarland

"All three add a huge amount to the squad, with Matty demonstrating his value as a lineout operating and ball carrying 6.

"Tom is still a young tighthead but has already earned international recognition for his relentless workrate and physicality.

"James has made a big breakthrough this year, adding consistency in his fundamentals to a top-class ability to beat defenders.

"I look forward to seeing what the next two years hold for this group of young players." 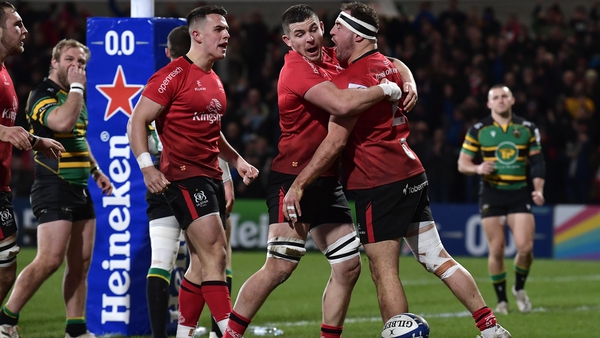