Ronán Kelleher and Dan Sheehan might be the shiniest pennies but Rob Herring insists he's not trying to copy the Leinster hookers.

Kelleher is the best number 2 in the country and is first choice for both club and country.

The 23-year-old has scored six tries in 16 Ireland appearances.

His 'understudy’ at the Blues is Sheehan, also 23, who won two Ireland caps during the Autumn Nations Series and scored a try against Argentina.

Both are scoring tries that would make a winger jealous. They are a hard duo to keep pace with.

And although Herring says he doesn’t pay that much attention to his rivals, his performances for Ulster this season suggest he’s not going to give up his place in the national squad yet.

He tops the URC’s lineout thrown stats and has scored two tries in seven starts, across both competitions.

Back in October he won his 200th Ulster cap.

He’s playing some of the best rugby of his career and knows he has to continue to do so if he wants to add to his 23 Irish caps, the last of which came in the 29-20 win over New Zealand when he appeared as a replacement with 22 minutes to go. 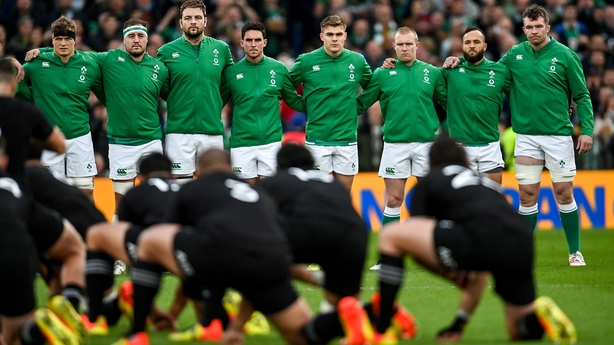 "I was a little bit disappointed with my involvement in the autumn," the 31-year-old told RTÉ Sport.

"I’ve had a chance to regroup and refocus see what I need to be doing better.

"Aspects of my game that weren’t where they should be, like my defence and collision area.

"I wanted to offer a bit more in attack. I’ve had to put more emphasis on it. I’m enjoying my rugby at the moment. I don’t really look at other hookers, it’s about me and what I can do.

"As soon as I start comparing myself you sort of lose your head. I’ve just got to get back to doing what I do well and hopefully it’s showing."

The Cape Town native’s next chance to show his wares will come against Connacht on St Stephen’s Day.

After losing to Andy Friend’s side in three of their last four meetings, including a five-try drubbing at the Aviva in October, the former London Irish forward says they are determined not to produce a repeat performance. 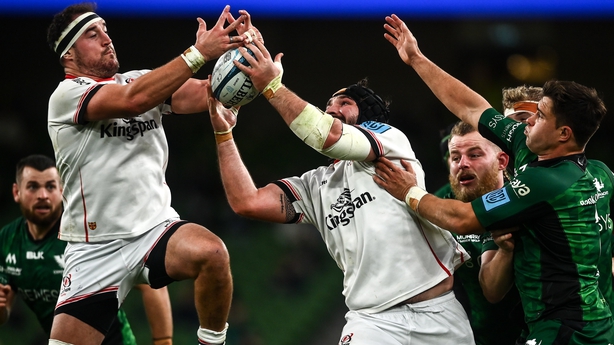 "We’ve addressed a few things," he said, confident that away wins over Leinster and Clermont, and a home victory against Northampton sets them up well.

"I don’t know if it’s all down to attitude. The execution of game plan, and a whole range of factors is why we lost.

"We’ve taken a few steps forward as a squad since then. It’s mostly about delivering on our game plan and doing what we said we were going to do.

"It was disappointing down there, the way we lost. We've played with a bit more confidence since then."