James Ryan will see an independent concussion consultant as he returns from a head injury suffered while playing for Ireland against Argentina.

The lock was removed prior to half-time in the Autumn Nations Series win over the Pumas two weeks ago and did not return.

Leinster today announced he had completed his graduated return-to-play protocols.

"James will look to increase his training load this week and in line with World Rugby protocols [he] will continue to be monitored including seeing an independent concussion consultant as part of his return to competitive action," the URC table-toppers said in a statement.

Jamison Gibson-Park (thigh) and Max Deegan (mouth) will be assessed during the week to see if they can feature against Connacht, who beat Ospreys at the weekend, on Friday night.

Dan Leavy, who did not return from a HIA in the defeat to Ulster on Saturday has entered the return-to-play protocols. 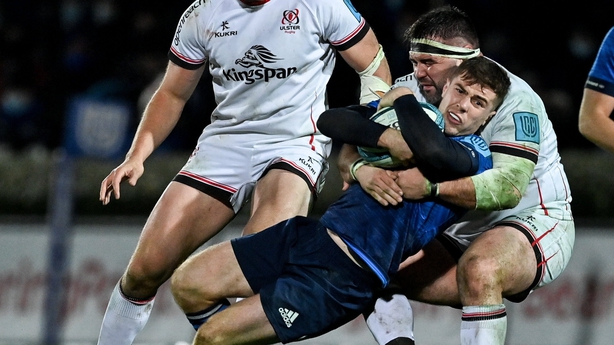 Meanwhile, scrum-half Luke McGrath (above) admitted that today's team meeting was not pretty as the coaches and players poured over their 20-10 loss to Ulster at the RDS.

"I'm not going to lie; it’s been a difficult day," he told RTÉ Sport.

"Individually, we are looking at ourselves and saying how we can get better and we’d a fairly open review, everyone was speaking up, adding little things, hopefully we can improve.

"We have to improve because Connacht are a brilliant side and they turned us over at the RDS last season so we know what’s coming."