The Munster wing spoke of his battles with mental health during his career, which led to a diagnosis of Bipolar II in 2013.

The 34-year-old had previously kept the diagnosis private, but used his appearance on The Late Late Show to encourage young people to speak more about their mental health.

This afternoon, Munster head coach Van Graan paid tribute to the player's honesty, which he said will ultimately lead to lives being saved.

"Keith Earls is a fantastic man, a Munster man through and through," he said.

"I remember when I came to Munster initially, he was one of the first guys I talked to about Munster rugby and what it means to play for Munster and come from Limerick.

"Obviously, the things he shared were of a very private nature and the way he said it on Friday evening made such a big difference, not only to ourselves but I'm sure to a lot of people on the outside. For somebody to be that vulnerable and that honest, I believe that he will change a lot of people's lives because of that.

"The main thing is Earlsie is just himself when he's in the HPC (High Performance Centre). He's such a big part of Munster rugby and what we've been doing in the past. I'm very glad that he's part of our group and very proud of him as a rugby player, as a man, as a friend, as a husband, and as a father.

"That's bravery, that's honesty, and we put that in the highest regard at Munster rugby." 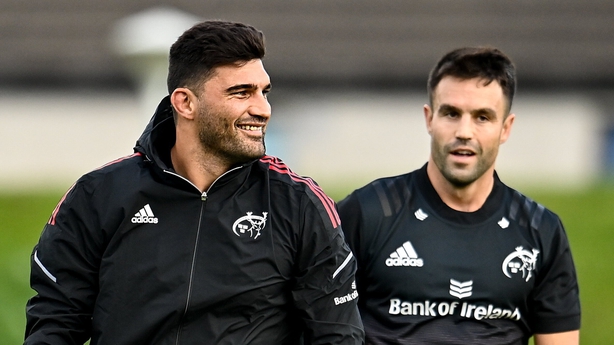 On the pitch, Munster look set to welcome Conor Murray and Damian de Allende (above) for this Saturday's United Rugby Championship meeting with the Ospreys in Swansea.

Murray is yet to feature this season after being given an extended summer break due to his involvement with the British and Irish Lions, while De Allende is back in training following his Rugby Championship exploits with South Africa.

"He's (De Allende) a phenomenal player for us and we're really looking forward to seeing him train.

"Conor has been training with the group, the same as Damian, and we will make our decisions later in the week on whether we will select them. But Conor is looking really well and refreshed and training well," he added.

De Allende could go straight into the team for the trip to Wales, with Rory Scannell a doubt for the game.

The centre is following the return to play protocols after being removed from Saturday's win against Connacht with a head injury.

In better news, Kenyan Knox is back in training having missed the last two games with a hip injury, but Thomas Ahern has been ruled out due to illness. 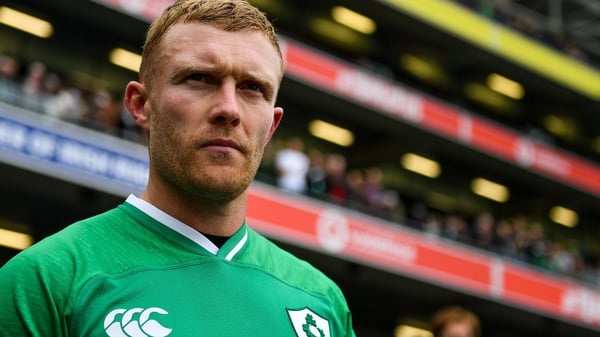 Keith Earls: Don't be embarrassed to admit you're struggling