Aimee Barrett-Theron will become the third female to referee a United Rugby Championship game this weekend.

The South African has been placed in charge of the meeting between Benetton and the Ospreys in Treviso for her URC debut.

Barrett-Theron is a former South Africa international on both the XV and 7s stage, switching to refereeing after finishing her playing career in 2014.

Working initially on the 7s circuit, she ran the whistle at the 2016 Olympic Games in Rio, before officiating in the Women's Six Nations and 2017 Rugby World Cup in Ireland.

Saturday's URC debut will be her seventh senior men's game as a referee, where she will be assisted by Italians Filippo Russo and Alex Frasson.

The former full-back will become the third female official to be appointed to a league fixture, with former Ireland international Joy Neville and Scotland's Hollie Davidson having taken charge of games in recent seasons.

Neville was the first female to referee a professional game in Ireland or Britain when she took charge of Ulster's Pro14 meeting with the Southern Kings in February 2018, while Davidson made her debut in March of this year.

Last month, Sara Cox became the Premiership's first female referee, during the meeting of Harlequins and Worcester Warriors at the Stoop. 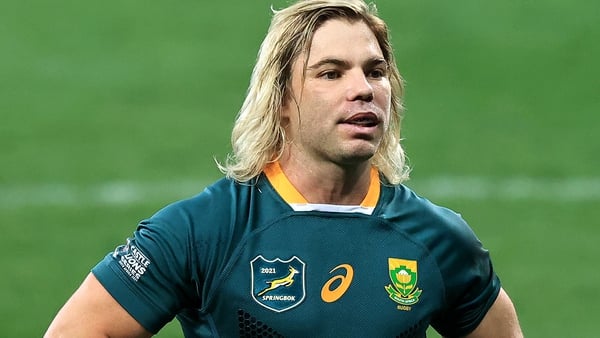