Organisers have been heavily criticised after a woman wearing a "Where is Peng Shuai" T-shirt was ejected from the event last week, with Martina Navratilova branding the move "cowardly" and accusing Tennis Australia of "capitulating" to China.

There has been major concern inside and outside tennis for the wellbeing of the former world doubles number one since she disappeared from view in November after making allegations of sexual misconduct against a high-profile Chinese official on social media.

Peng has since made several public appearances but there remain serious question marks regarding her freedom and the WTA has suspended all tournaments in China.

Craig Tiley, the chief executive of Tennis Australia and Australian Open tournament director, said the issue was not with the T-shirt but intent to disrupt the tournament.

He said: "We were on the journey at the very beginning with the WTA and that's because we're well connected in the region. We agree with the WTA's position.

"However, coming onto the site we have some terms and conditions that are pretty clear and that is, if you are coming on site with the purpose of disrupting the safety and comfort of fans, you're not welcome. But if you want to wear a T-shirt that says 'Where's Peng Shuai?', you can come on site, that's fine.

"There was a suspicion around the motivation of that individual coming on site but we've since contacted that person and told her that she's welcome to come on site, she's welcome to wear a T-shirt, but not bring a banner, because you can't bring banners on site.

"It doesn't have anything to do with a political or commercial statement. Our security people are trained to take a common sense approach, and I think that's in the interest of everyone." 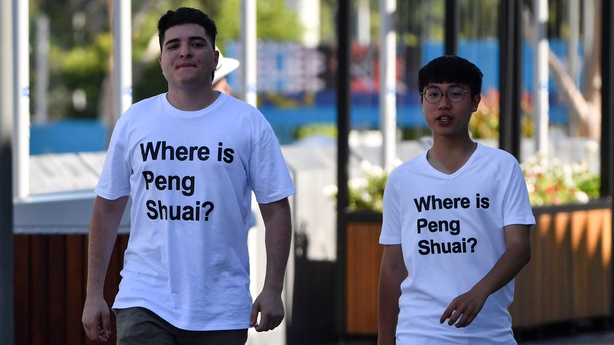 Having kept a very low profile in the aftermath of Novak Djokovic's deportation, Tiley has been more visible in recent days.

Tennis Australia came under fire for its role in pushing for exemptions for unvaccinated players to enter the country, but Tiley dismissed suggestions the fiasco had damaged the tournament's reputation.

"No I absolutely don't," he said. "I think the reputation of the tournament's been defined by what you see today. We've had more people from around the world watch the Australian Open than ever before.

"No one person is bigger than the event. I think we're going to end up over the next five days firstly with a great event and potentially with a couple of new champions."

Another hot topic has been around the issue of Covid-19 testing for players, who, along with the rest of the workforce, are being trusted to use the daily antigen tests provided.

Two players, Ugo Humbert and Alison Van Uytvanck, announced the tests they took to leave the country came back positive, and Alexander Zverev said last week that he believed positive cases were slipping through.

Tiley said: "It's really impossible to supervise 3,000 people every morning. We're trusting the players are doing the right thing.

"We know we've distributed thousands of antigen tests for the players, we're getting feedback from a lot that they are continuing to do the right thing and we're still getting some positives, so we know they are.

"On our mandatory tests, we've been well below the community averages so the approach of mandatory wearing of masks and social distancing, as well as the testing programme, is hopefully going to help us get through this event with much lower positive case rates than the community." 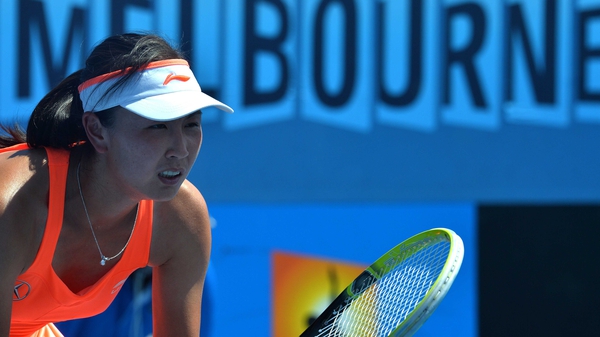