Andy Murray claimed his first victory at the Australian Open for five years with a battling five-set win over 21st seed Nikoloz Basilashvili.

The former world number one returned to the court where he was all but retired in 2019 after opening up about the extent of his hip problems.

Organisers produced a tribute video of his fellow players bidding him farewell but Murray has increasingly looked more like the player of old and he found the winning feeling again at Melbourne Park with a 6-1 3-6 6-4 6-7 (5) 6-4 victory after three hours and 52 minutes.

Now renamed John Cain Arena, Melbourne Park's third court has been the scene of many Murray scraps over the years.

Initially this looked it might not be one as Basilashvili struggled to find the court and Murray, with little effort required, raced to the first set in a little over 20 minutes.

The 21st seed, who Murray also defeated at Wimbledon last year despite a dramatic third-set collapse, mis-hit one serve so badly that it flew high into the stands without bouncing.

But Basilashvili is a man entirely committed to the game plan of hitting the ball as hard as possible at every opportunity and swings from the sublime to the ridiculous are par for the course.

The second set saw Basilashvili lock his radar in and break the Murray serve three times on his way to levelling the match.

The third set was a one-act melodrama featuring searing winners, errant smashes, wild errors and an awful lot of Murray scampering around well behind the baseline trying to force Basilashvili to self-destruct.

The Scot got the better of three straight breaks and clinched it on his fourth chance as Basilashvili threw in a 25th unforced error of the set.

Murray clung on in the fourth as he tried to finish the job, recovering from 2-4 and saving a set point at 4-5. He fought back from 1-5 in the tie-break as well but paid for a couple of loose forehands as Basilashvili forced a decider.

The five-time Australian Open finalist quickly moved into a 3-0 lead in the fifth but back came Basilashvili once again to level at 4-4 only for Murray to finally find a way across the line.

He will take on Japanese qualifier Taro Daniel in the second round.

Dan Evans was another British winner on day two after a 6-4 6-3 6-0 success against David Goffin.

Evans has begun the season in fine form while former top-10 star Goffin has been plagued by injury troubles and pulled out with a knee issue during a match versus Andy Murray in Sydney last week.

Goffin initially kept pace with his opponent but Evans, the 24th seed, broke to take the opening set and from there was relatively comfortable in a victory lasting an hour and 48 minutes.

The Nick Kyrgios show returned to his home Grand Slam as the maverick showman defeated Britain's Liam Broady in the first round at Melbourne Park.

Kyrgios has recently recovered from Covid-19 and was playing his first match since September but his full bag of tricks was on show in a 6-4 6-4 6-3 victory.

In front of a raucous crowd he set the tone with an underarm serve through his legs in his first service game and carried on from there.

Daniil Medvedev conserved his energy after his shortest ever off-season with an efficient straight-sets win over Swiss battler Henri Laaksonen to reach the second round.

US Open champion Medvedev, favoured to win the title at Melbourne Park following Novak Djokovic's deportation, had only 14 days' rest at the end of 2021 before firing up for Russia's run to the ATP Cup semi-finals this month.

The cramped tennis schedule has been a bugbear for players for years, with many complaining of the physical toll, but Medvedev could see few solutions.

"It's impossible, and yes, it's definitely not enough (off-season)," the Russian told reporters after his 6-1 6-4 7-6(3) win in the afternoon sun at Rod Laver Arena.

"If you want to represent your country every year in Davis Cup and if you are every year in the finals, well, it becomes impossible.

The Finland-born Laaksonen dragged him into a proper dog-fight in the third set and produced scintillating tennis to keep in touch in the tiebreak but ultimately faltered with a pair of unforced errors to concede three match points.

Medvedev converted the first of them to seal victory on his return to centre court a year after he was destroyed by Djokovic in the 2021 final. 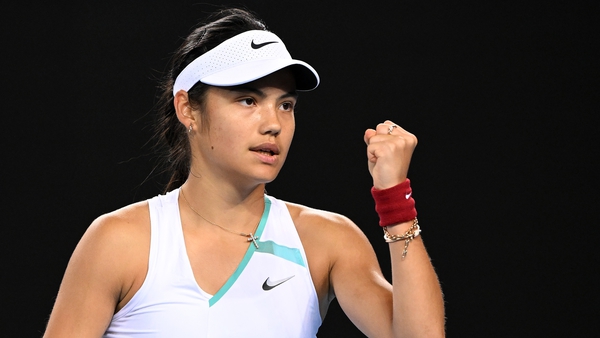