Rafael Nadal made a convincing return to grand slam tennis with a 6-1 6-4 6-2 victory over American Marcos Giron in the first round of the Australian Open.

The sixth seed, the only man bidding for a 21st grand slam title this fortnight following Novak Djokovic's deportation, cut short his 2021 season in early August because of a foot problem.

His only slam title in Melbourne came 13 years ago but he began the new year by winning an ATP Tour event on the same courts and brushed aside Giron to reach round two.

Nadal said: "Of course, when you are getting a little bit older, all the comebacks are tougher.

"This has been especially difficult because it's not only a comeback from an injury, it's a comeback trying to be back on the tour after almost two years playing not many events with the virus.

"But here I am. I am super happy about all the work that we have done to try to be back. We are here enjoying the tennis, and that's it. We're going to keep trying hard."

In the second round, the Spaniard will take on German qualifier Yannick Hanfmann, who brought Australia's Thanasi Kokkinakis back down to earth.

Kokkinakis, who has been blighted by injuries in recent years, won an emotional first ATP Tour title in his home city of Adelaide on Saturday but was unable to back it up and fell to a 6-2 6-3 6-2 defeat.

Alexander Zverev took time to warm up and had to dig deep against fellow German Daniel Altmaier as the world number three kick-started his bid to add a maiden Grand Slam title to his Olympic gold.

The 24-year-old Zverev, who won the men's singles gold in Tokyo last year, defeated the 87th-ranked Altmaier 7-6(3) 6-1 7-6(1) under the lights at the Rod Laver Arena to set up a second round meeting against Australian John Millman.

Matteo Berrettini is the highest seed left in the top quarter in Djokovic's absence and he overcame stomach troubles to beat Brandon Nakashima 4-6 6-2 7-6 (5) 6-3.

Salvatore Caruso was unable to take advantage of stepping in for Djokovic as a lucky loser, going down 6-4 6-2 6-1 to the world number one's countryman Miomir Kecmanovic.

Eighteen-year-old Carlos Alcaraz is one of the men looking to make it deep into the tournament from that section of the draw and, seeded at a slam for the first time, he made an impressive start with a 6-2 6-2 6-3 victory over Alejandro Tabilo.

Gael Monfils, in the same section, was another comfortable winner, beating Federico Coria 6-1 6-1 6-3, while there were also victories for 10th seed Hubert Hurkacz and 14th seed Denis Shapovalov.

Elsewhere, Cameron Norrie's winless start to the season continued with a dispiriting loss to Sebastian Korda, also in straight sets.

The young American is one of the game's up-and-coming stars and this was a very tricky draw for the British number one but a 6-3 6-0 6-4 scoreline will surely be alarming for Norrie, the 12th seed.

Both men have recently tested positive for Covid-19 – Norrie in December and Korda on arrival in Australia.

But the American, son of former Melbourne champion Petr, was sharp from the start while Norrie found himself facing an uphill battle immediately and never recovered.

The 26-year-old had a phenomenal 2021, unexpectedly climbing to the verge of the top 10 and winning one of the biggest titles on the ATP Tour in Indian Wells.

His success has been based on a relentless physical and mental approach, but there were signs during the Davis Cup Finals at the end of November that his efforts had taken a toll and there has been precious little time to recover.

He lost three matches to high-quality opponents at the ATP Cup to start the season and was unable to trouble Korda on the new Kia Arena at Melbourne Park.

The 21-year-old is one of the new generation of players of 6ft 5in and above who move exceptionally well and he pressed on the Norrie serve straight away, securing an immediate break.

There were a few more encouraging signs for Norrie towards the end of the first set, but he dropped serve again to start the second and Korda swept through nine games in a row.

Norrie, who reached the third round here 12 months ago, at least made a fight of things thereafter but this was a match to quickly forget. 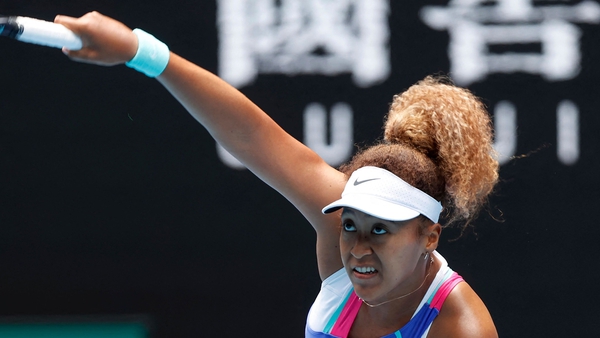