Rafael Nadal warmed up for the Australian Open by clinching the Melbourne Summer Set title with a straight-sets victory over American qualifier Maxime Cressy.

Nadal's trip to Australia had been in doubt due to a lingering foot injury and a recent bout of coronavirus.

But, having already dispatched Lithuanian Ricardas Berankis and Finland's Emil Ruusuvuori this week, he showed little signs of rustiness and collected the 89th trophy of his illustrious career with victory in an hour and 44 minutes.

"Very happy to start the season with a title... and from where we are coming, it's very special," said Nadal.

"Tonight I think I played my best match so far since I arrived here, without a doubt, against a very difficult player."

ATP Tour final debutant Cressy made his high-profile opponent work for the win, saving five break points in a close-run first set and also being denied a set point in the tie break.

With the start of the first grand slam of 2022 just eight days away, Nadal - Australian Open champion in 2009 - was then forced to recover from being broken in the third game of the second set to claim silverware.

Glory for the world number six maintains his run of clinching at least one tour-level title every year since 2004.

Elsewhere, Canada won the ATP Cup with victory over Spain.

Felix Auger-Aliassime clinched the title in Sydney with a 7-6 (3) 6-3 victory against Roberto Bautista Agut to give his country an insurmountable 2-0 lead.

Canada, who overcame Great Britain in the group stage of the competition and beat defending champions Russia in the semi-finals, led 1-0 thanks to Denis Shapovalov's 6-4 6-3 success over Pablo Carreno Busta.

Beaten finalists Spain were also runners-up in the inaugural edition of the tournament in 2020, when their team contained 20-time grand slam winner Nadal.

The Frenchman, who did not drop a set all week, won 6-4 6-4 to begin his season in perfect fashion. 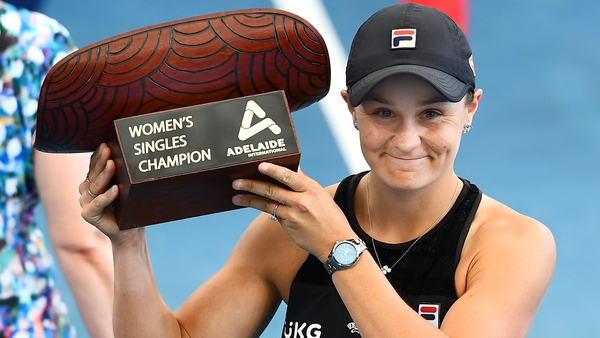